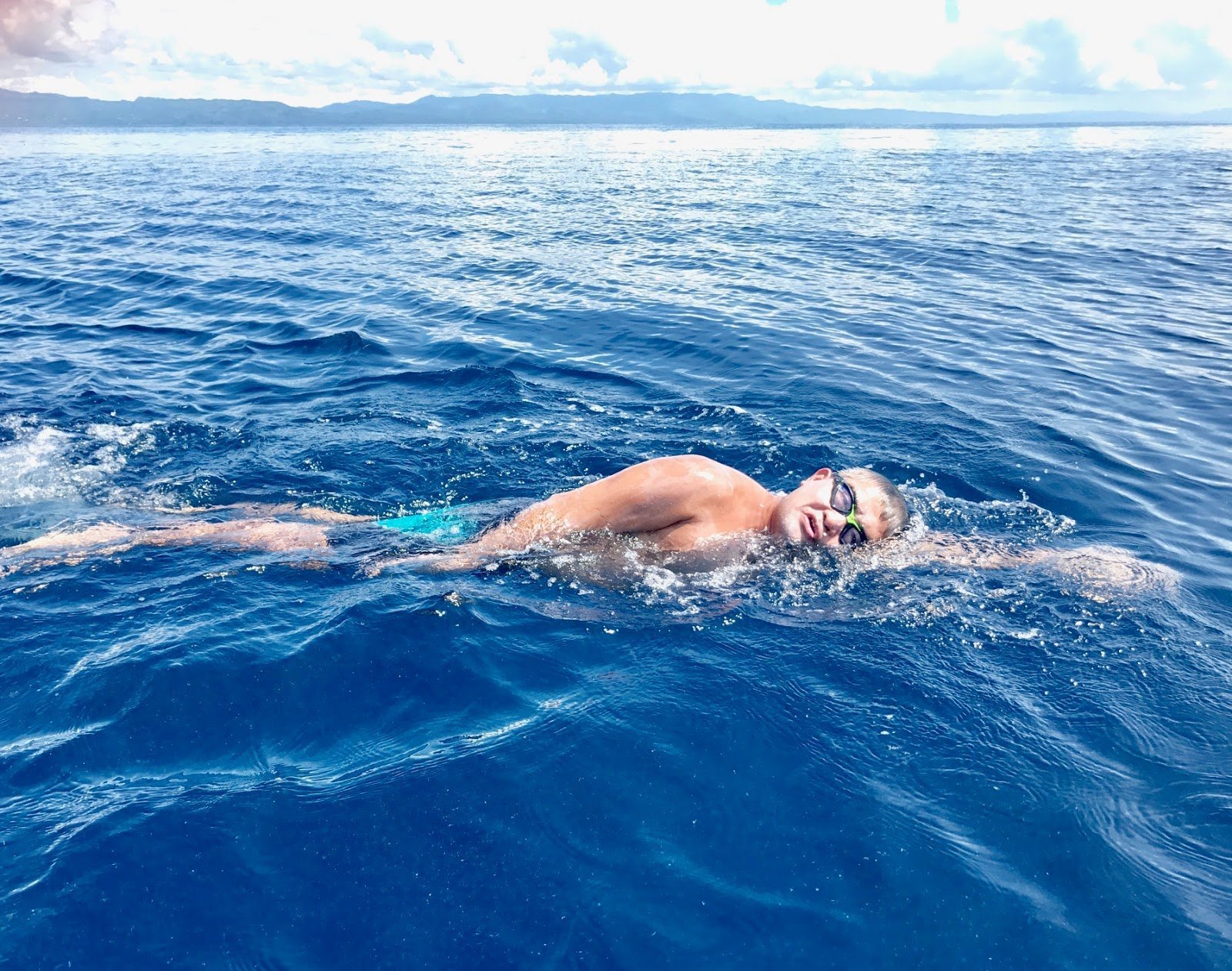 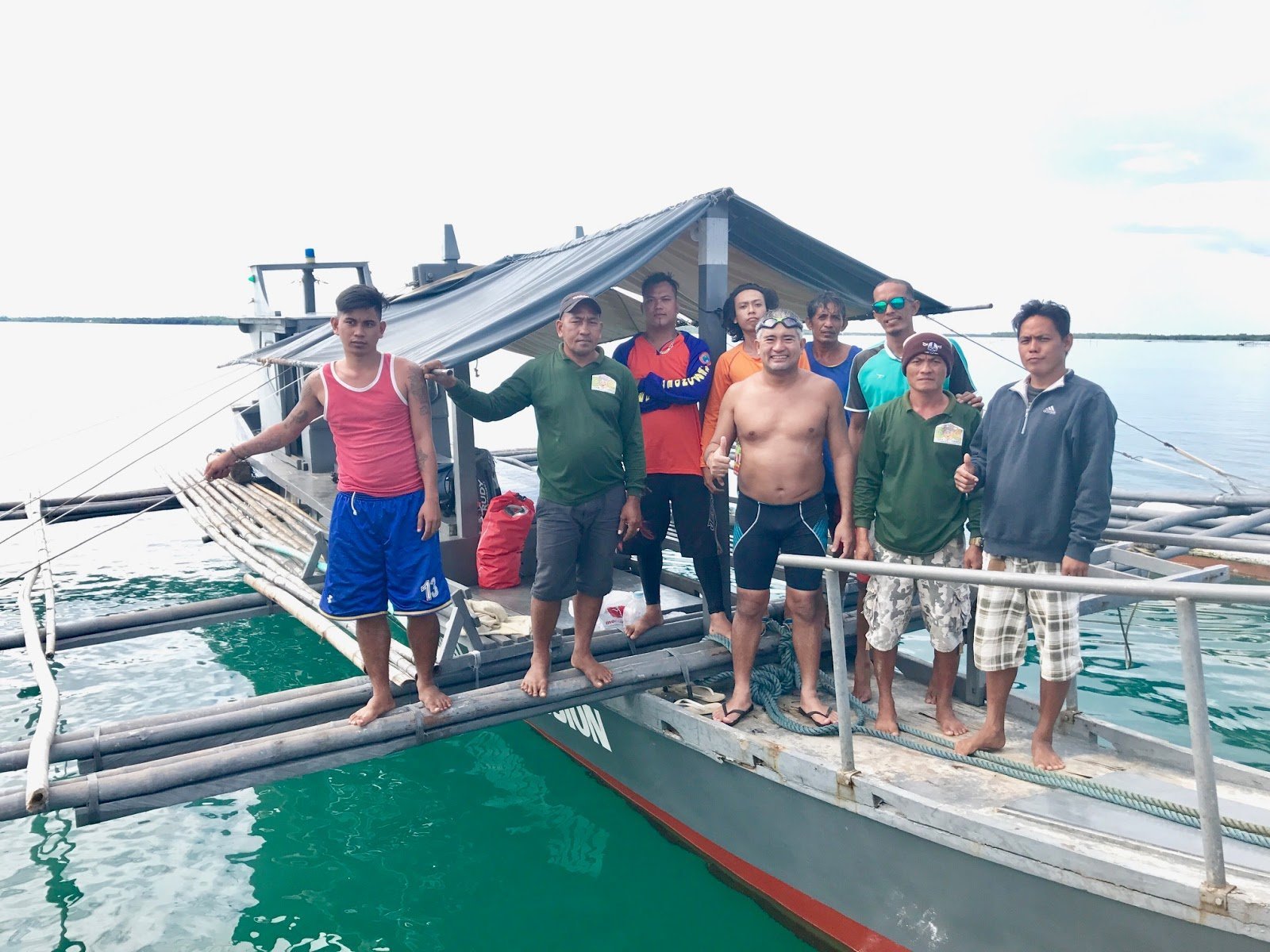 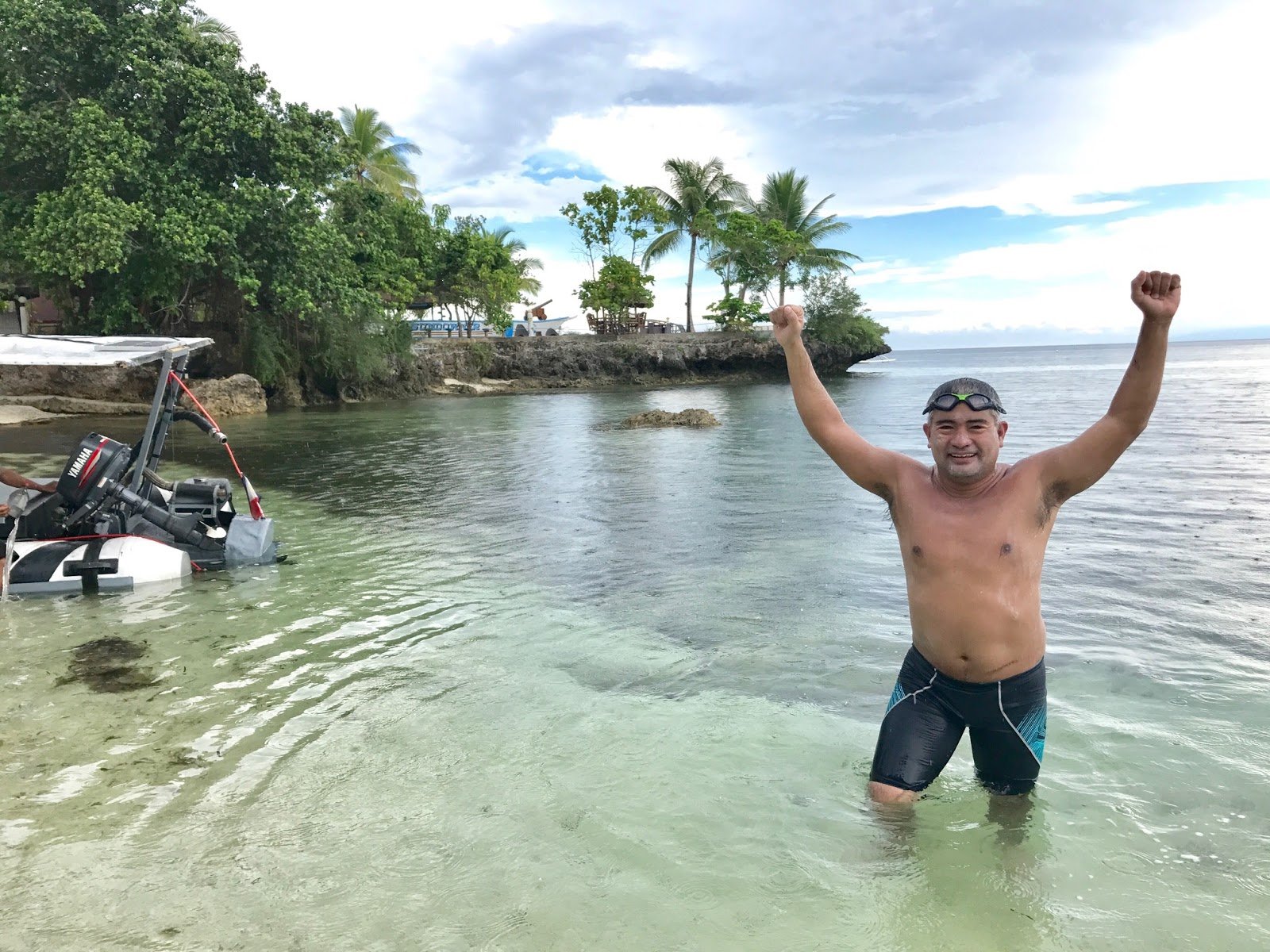 His swim, navigated by Ambet Dumayag of Argao Bantay Dagat Commission and Roel Catoto, covered a distance of 18.15 km in 8 hours 25 seconds. It was his last distance workout before he attempts to become first Filipino to successfully cross the English Channel in mid-August.

“I was thinking of abandoning the swim when I encountered a swarm of nasty jellyfish the first 7 km. This is my last long swim as I will depart for Europe to start my acclimatization training for my ultimate swim [across the English Channel].”