Inquisitive In Order To Be Instructive And Illuminating 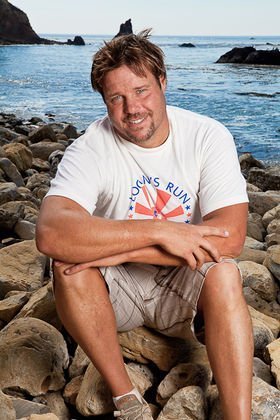 Socratic Open Water Method is named after the Classical Greek philosopher Socrates where individuals can learn and be taught based on asking and answering questions to stimulate rational thinking and to illuminate ideas.

A similar form of education can be utilized by open water swimming coaches and athletes.

Experienced open water swimming coaches are inquisitive of their athletes after a race or solo swim. Through inquisition, they can be instructive.

By asking a lot of questions, coaches can enable their athletes to internalize and understand what they did in a race or a swim – both good and bad. By encouraging the athlete – of any age or level – to visualize who they were swimming with, what their pace was, how did they feel, the shape of the pack, their positioning during the race, the athlete will eventually become a more seasoned performer.

Open water coaches who question their athletes before and after a race help the athlete fundamentally understand what can and should be done because each athlete is out there in the open water by themselves. Every decision they make in competitive situations – at the start, at the turn buoys, in rough water, in a pack, setting up the finish and during the final sprint – has a direct impact on their placing. And these decisions must be made quickly. Therefore, coaches can assist their athletes by constantly questioning them and pushing them to come up with the right answers for themselves in innumerable situations.

Before the race, coaches can ask:

1. Will you use Vaseline® or lanolin?
2. How many pairs of goggles are you taking to the race?
3. Who is your competition?
4. What is the shape of the course? How many buoys?
5. What is your goal?
6. How did you do last year? Where you satisfied?

After the race, coaches can ask about the start:

1. Where were you at the start?
2. Who was next to you?
3. Did you choose that position?
4. What was the pace at the start?
5. How did you feel until the first turn buoy?

Regarding the middle of the race, coaches can ask:

1. Where were you in the middle of the race?
2. Did you purposefully go to this position?
3. Were you boxed-in at any point?
4. When did the pace pick up?
5. Who was swimming in front of you?
6. Who was swimming behind you and to your left and right?
7. Are these swimmers faster than you?
8. What was your stroke tempo?

Regarding the turns, coaches can ask:

Regarding navigation, coaches can ask:

1. Did you know where you were going at all times?
2. Was it hard to see anything?
3. Did you take a good line to the finish?
4. Did you feel any ocean swells out there? How were the currents running?
5. How often were you lifting your head to sight?
6. Did you see the lead kayak?
7. What sides were you breathing on?

Regarding the finish, coaches can ask:

1. When did the sprint begin?
2. Did you catch up to anyone once the sprint began?
3. Were you using your legs the whole time?
4. Was there any physical contact coming into the finish?
5. Were you satisfied with your finish?
6. How can we train better for a better finish?

While it is not exactly the Socratic method as established in ancient Greece, the idea of the Socratic Open Water Method is useful and can help athletes improve and understand the myriad situations that happen in the open water.