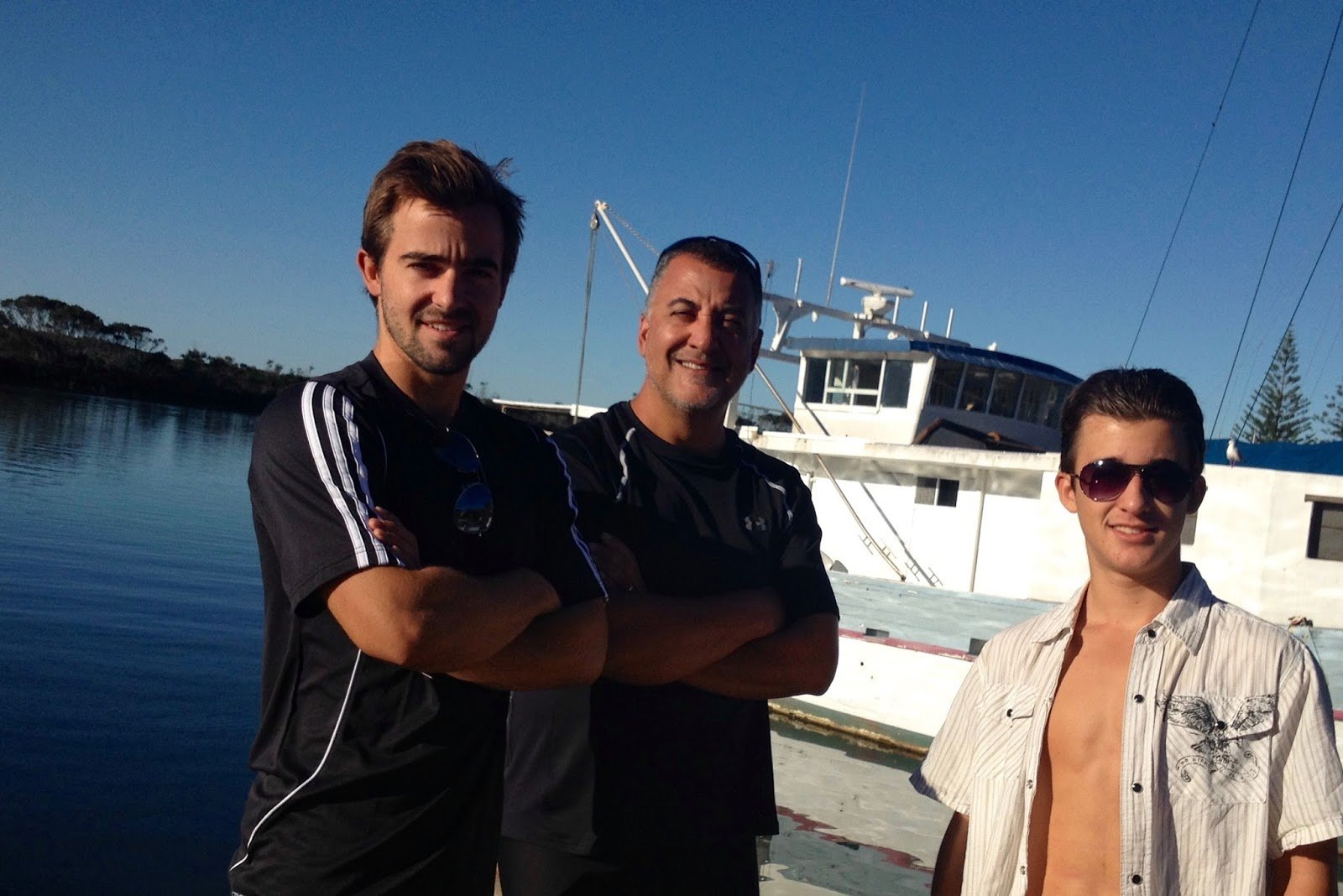 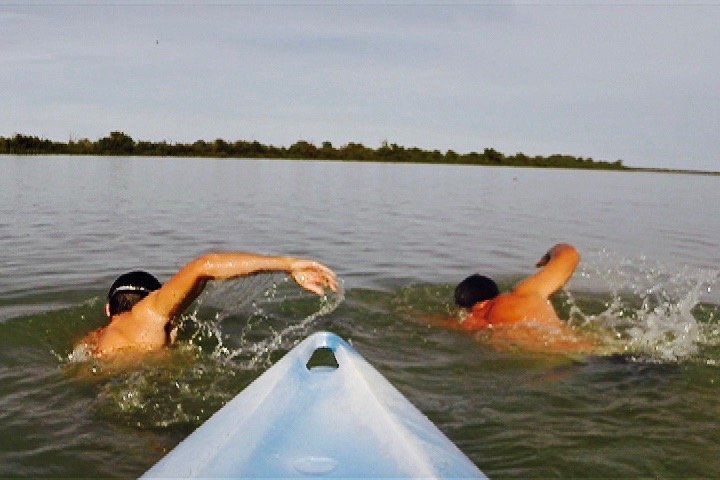 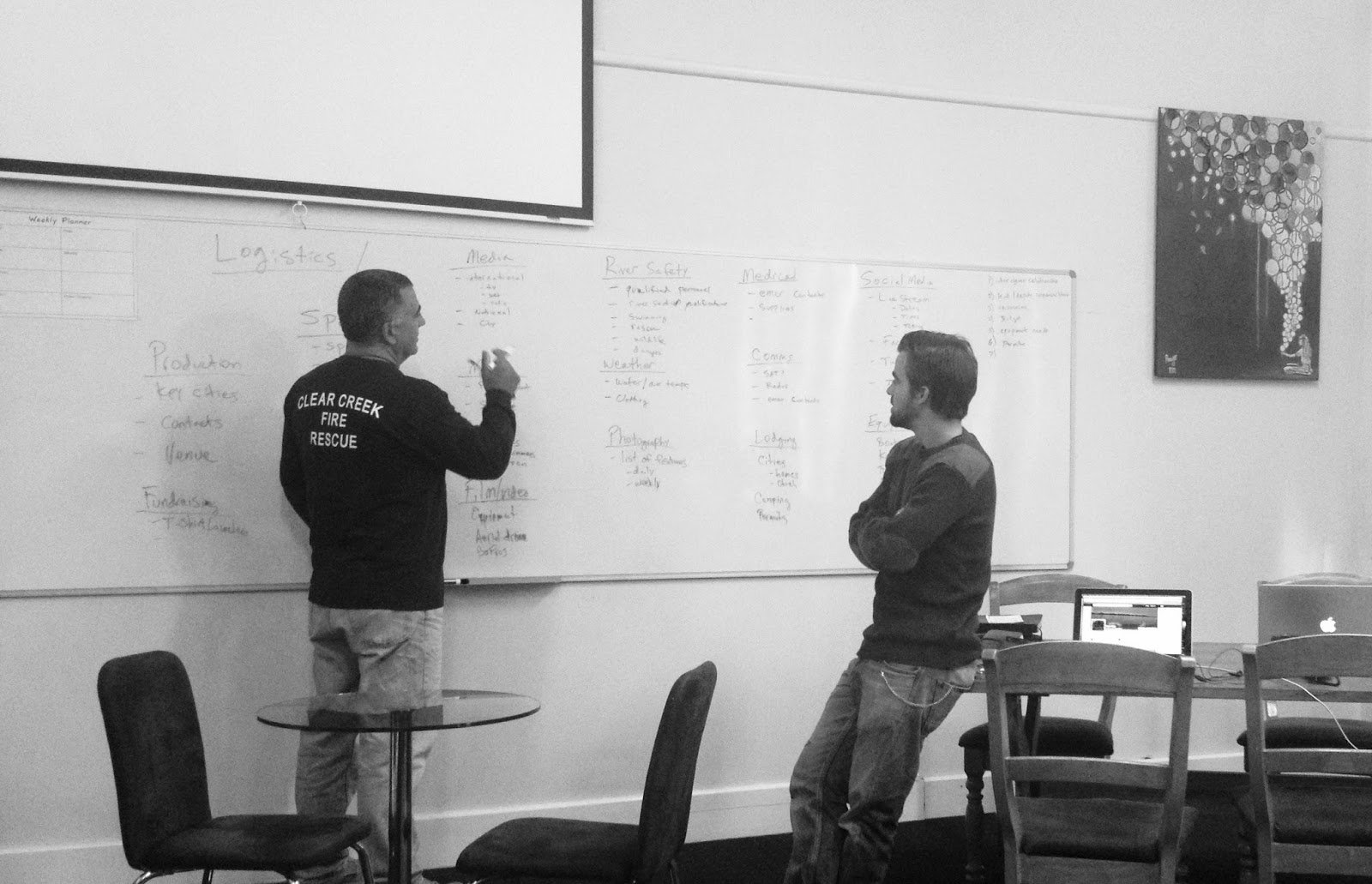 “With 5 months to go before the swim begins, Eric and Hunter workout twice daily and swim in Byron Bay,” says Tuck Helmick, Eric’s youngest son who assists with river logistics.

“An endurance swim is not really my life’s dream,” admits Eric. “But doing something epic that inspires others to live big, is.”

Eric, Hunter and Tuck are the founders of Team Help!, a corporation with the specific goal to do something epic to inspire others. “Team Help! has created the Take Your Dream Essay Contest to actively engage the youth of Australia during the swim – encouraging them to share their own dreams with the world. The winners of the contest will be included in Team Help!’s feature film documentary, Take Your Dreams.”

For more information about the swim, contest, and team, visit www.takeyourdream.com.

Eric suggests, “Imagine what students will aspire to with our combined encouragement – a new smartphone app that will change the world? A key piece of technology that will put man on Mars? Then all we have to do is introduce them to someone like Richard Branson and a young person’s dream takes flight.

We’re not promising to make dreams come true, there are a number of excellent organizations that do that. We are simply stating that if you want to explore your dream, you need to be passionate about it, define it, explore it, and take it.”

Take Your Dreams will cover the Helmick’s planned 90-day stage swim where they intend to swim an average of 17 miles per day.

“The Murray rises in the Australian Alps, draining the western side of Australia’s highest mountains, and then meanders across Australia’s inland plains, forming the border between the states of New South Wales and Victoria as it flows to the northwest into South Australia. It turns south at Morgan for its final 315 km, reaching the ocean at Lake Alexandrina.

The water of the Murray flows through several terminal lakes that fluctuate in salinity and were often fresh until recent decades, including Lake Alexandrina and The Coorong before emptying through the Murray Mouth into the southeastern portion of the Indian Ocean
,” explained Eric.

“We are not paid. We have a high commitment of giving back to our communities and the world. 100% of donations [we receive] go directly to the cause of raising up youth and strengthening families.”

Their collective family humor is shown below: