An International Cross-Border Swim From Japan To Taiwan 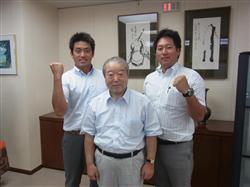 England to France. Cuba to USA. Germany to Denmark. China to Taiwan. Russia to Japan. There are some international cross-border swims that are frequently done – and there are others that have yet to be done.

These cross-border swims, especially those across vast bodies of water, are notoriously difficult. Not only is it a technically difficult marathon swim, but the logistical, political, operational and financial aspects of the swims require massive amount of focus, energies and time.

And there is another attempt coming up in Asia.

Six Japanese swimmers are scheduled to attempt to swim 111K from Japan to Taiwan on September 17th-19th. 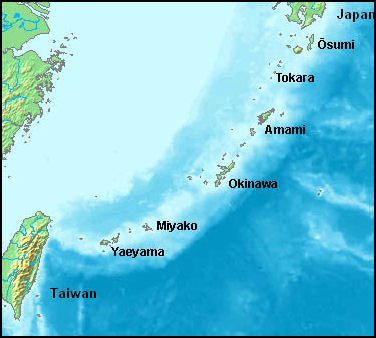 They are planning to rotate legs every 30 minutes as they collectively catch the fast Kuroshio current from Yonaguni Island in Okinawa and swim their way to Suao in Taiwan’s northeastern county of Yilan. Ayahiko Matsumoto, chairman of a Japan-Taiwan Athletic Cultural Exchange Association, assumes the swim will take over 48 hours.

The purpose is to show their gratitude for the support that Taiwan provided to Japan due to the tsunami and earthquake disaster that hit in March this year. Veteran open water swimmer Kazuya Suzuki (shown above) and teammates will deliver letters of gratitude to Taiwan’s President Ma Ying-jeou written by government officials from the hardest hit areas of Japan.

Taiwan donated 20 billion yen (US$261.3 million) in cash to the Japanese victims of the quake, 90% which came from the private sector. The disaster left over 20,000 people dead or missing and triggered a nuclear crisis.

Their escort boat will tow a giant plastic sheet that the swimmers will swim over in order to establish a safety barrier between them and any sharks. Additionally, shark-deterrent equipment used by Japan’s Self-Defense Forces will be deployed.

“It is a beautiful part of the world. The sea around that area is a beautiful royal blue, but it is filled with marine life and some massively large and fast currents with unknown and unpredictable eddies that can play havoc to humans swimming,” said Steven Munatones who has swum extensively in and around Yonaguni Island. “You can see Taiwan from Yonaguni’s westernmost cape on a clear day. It seems so inviting, but it is a technically challenging swim and can be tremendously difficult if the conditions are not right. However, with a team of six strong swimmers exchanging every 30 minutes and the expert navigational advice and guidance they are receiving, their chances of success are extremely high. It will truly be a notable swim in the annals of ultra-marathon swimming.”