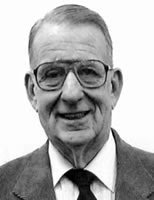 From Captain Matthew Webb who first crossed the English Channel in 1875 to Lynne Cox who was the first person to swim in Antarctica, open water swimming has always attracted heroic and risk-taking adventurers. Many, but not all, of these adventurers, champions and record-holders have been inducted in the International Marathon Swimming Hall of Fame (IMSHOF).

The IMSHOF was founded in 1961 by the Professional Marathon Swimmers Association to recognize the accomplished marathon swimmers.

Under the direction of Buck Dawson, the International Swimming Hall of Fame (ISHOF) founder and executive director, the IMSHOF began its affiliation with the ISHOF.

Currently, the IMSHOF is administered by Dale Petranech and an international selection committee.

The International Marathon Swimming Hall of Fame not only attempts to recognize the efforts of the most accomplished swimmers who participate in competitive events, but also recognizes the efforts of solo swims, where the swimmer battles the elements and unchartered waters.

Its objectives are as follows:

1. to nominate and select outstanding marathon swimmers and officials who make the sport possible
2. to establish and maintain a biography on the swimmers selected as International Marathon Swimming Hall of Fame honorees
3. to accept nominations and award The Irving Davids/Captain Roger Wheeler Memorial Award established in 1970 by the New England Marathon Swimming Association on behalf of the ISHOF which honors the contribution of individuals who make major contributions to marathon swimming
4. to nominate, select and award a International Marathon Swimming Hall of Fame Certificate of Merit to swimmers and organizations who make major contributions to marathon swimming
5. to accept official records for the ISHOF Henning Library and memorabilia for the ISHOF Museum
6. to serve as resource and provide expertise to the ISHOF committees on matters related to open water swimming and marathon swimming
7. to record marathon swims that are observed, but are not conducted under the jurisdiction of an official or sanctioning body. The role is to record, for historical purposes, the conditions and methods used by and reported by the swimmer.