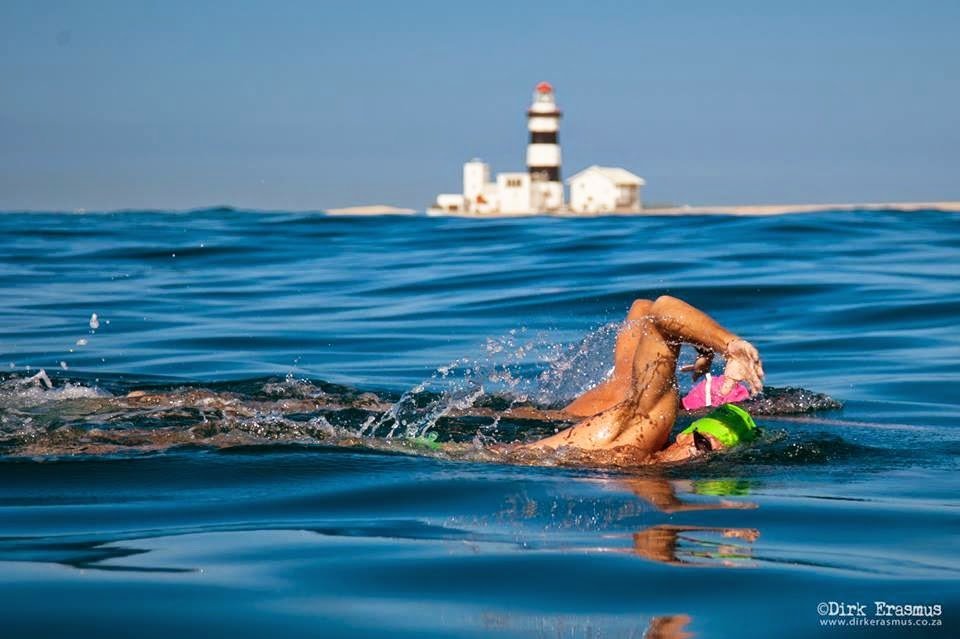 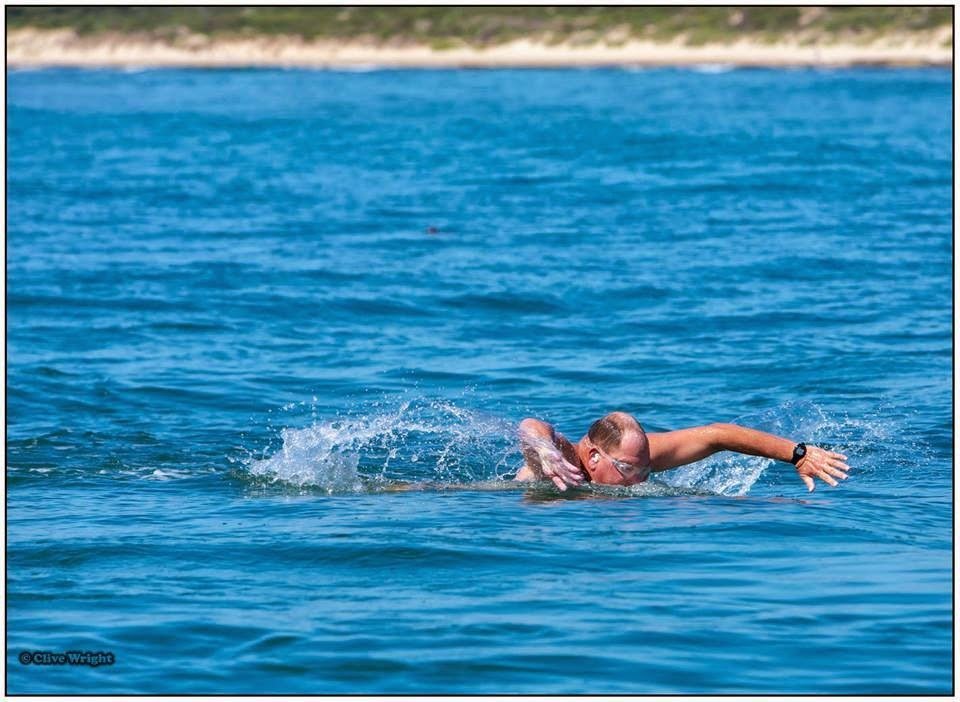 “This is the first time it has been rounded by swimmers adhering to [English] Channel rules,” explains Brenton Williams. “It has been sanctioned by the Cape Long Distance Swimming Association.”

The southern coastline of the vast African continent is guarded by Cape Point on the southwestern tip and by Cape Recife on the southeastern tip. This coast was discovered 600 years ago by the Portuguese explorers Bartholomew Diaz and Vasco da Gama while they were seeking a sea route to the spice markets of the East.

“Largely uninhabited, this coastline between the modern day cities of Cape Town and Port Elizabeth gained a reputation for being exceedingly beautiful and teeming with wildlife,” describes Williams. “The western tip became known as the Cape of Good Hope by those who found favourable weather conditions when sailing around the headland, while those less fortunate gave it the name Cape of Storms.”

600 years after the discovery of the Cape sea route, sailors of yesterday would not have believed their modern-day adventurers would similarly seek to round these Capes by swimming, propelled by nothing but swimwear and their own spirit.

American swimmer Lynne Cox was the first to swim around Cape Point in 1977. Since then, an estimated 40 swimmers have taken on the Cape of Storms to successfully swim into False Bay and conquer a headland that is surrounded by cold water and big waves.

“It was only when we got to the Cape Recife headland that we encountered a strong counter current that saw the swimmers having to up their game and fight though the current,” said PJ Duffy, the organiser of the swim. 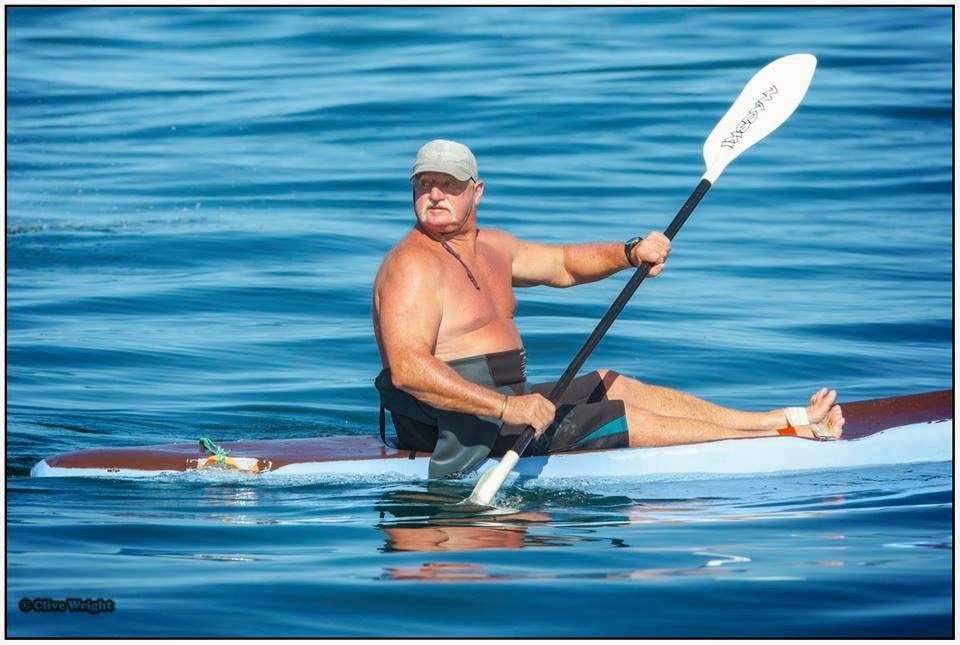 “The swimmers broke into two groups, each being accompanied by a boat and a paddler and the second group was buzzed by a shark, shortly after rounding Cape Recife,” recalled Williams. “Under the watchful eye of experienced support paddler Terry Olivier [shown above], the 2-meter shark was deemed to be non-threatening even though it followed the swimmers for quite a distance.”

But true to the spirit of the hardened South African open water swimming community, none of the swimmers were about to let currents or wildlife get in their way of successfully rounding Cape Recife. 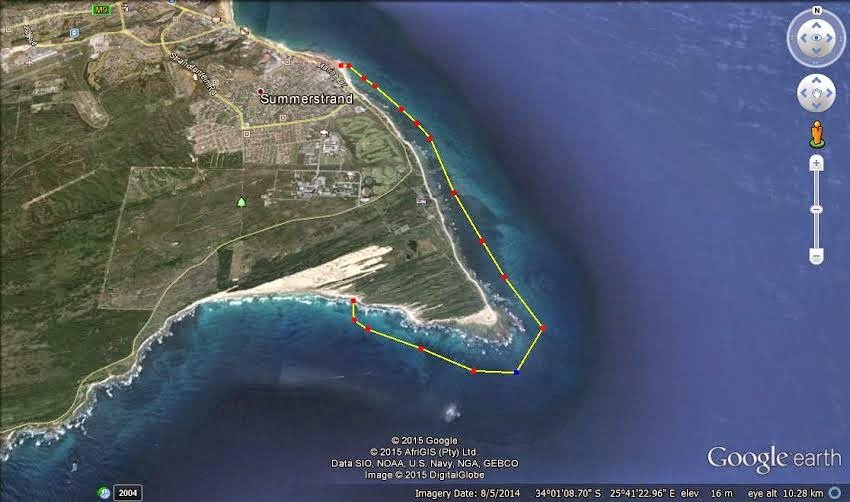