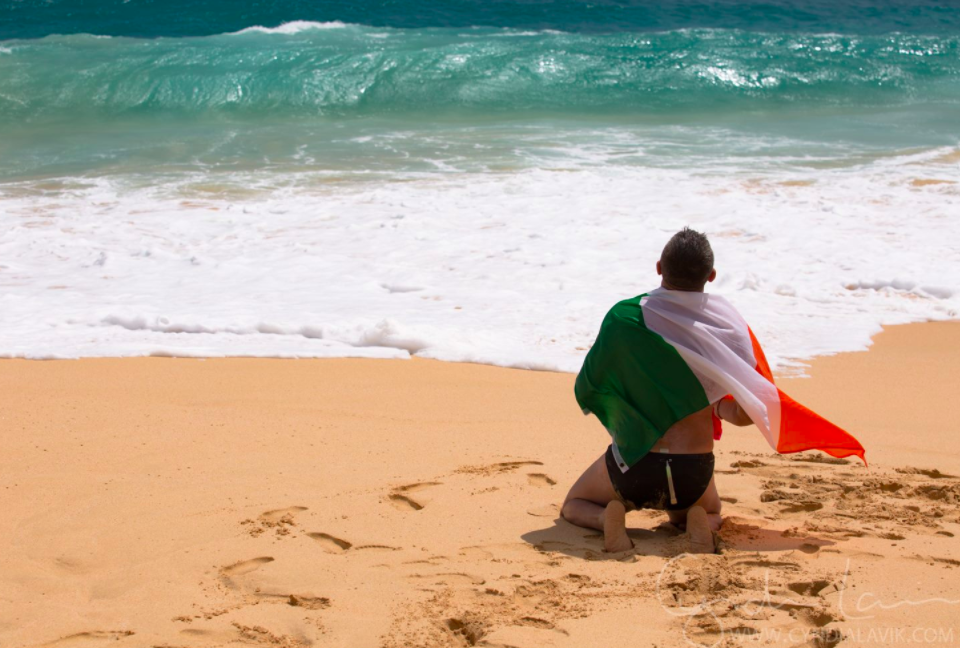 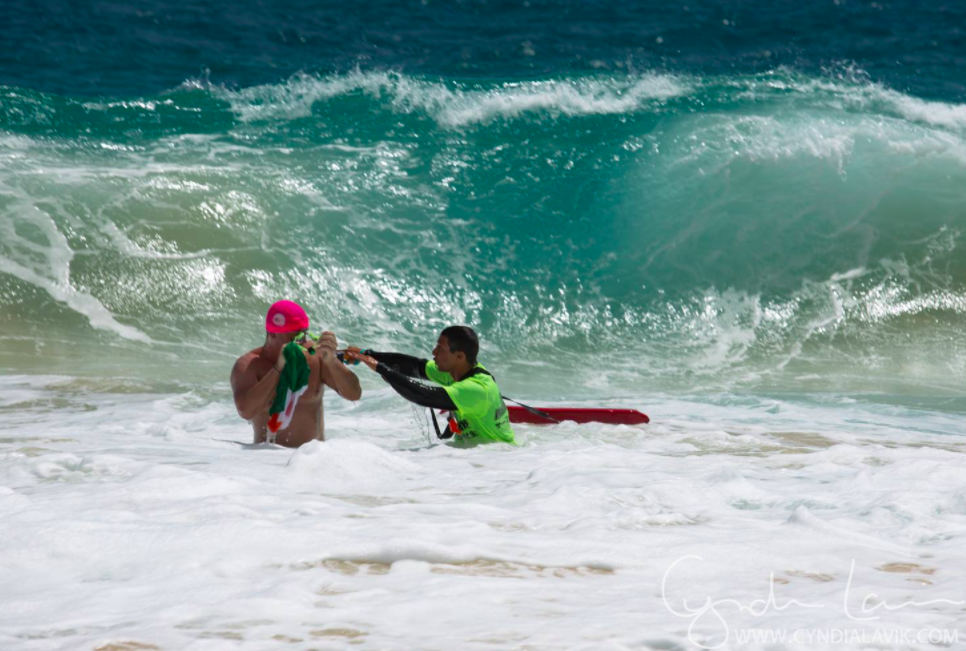 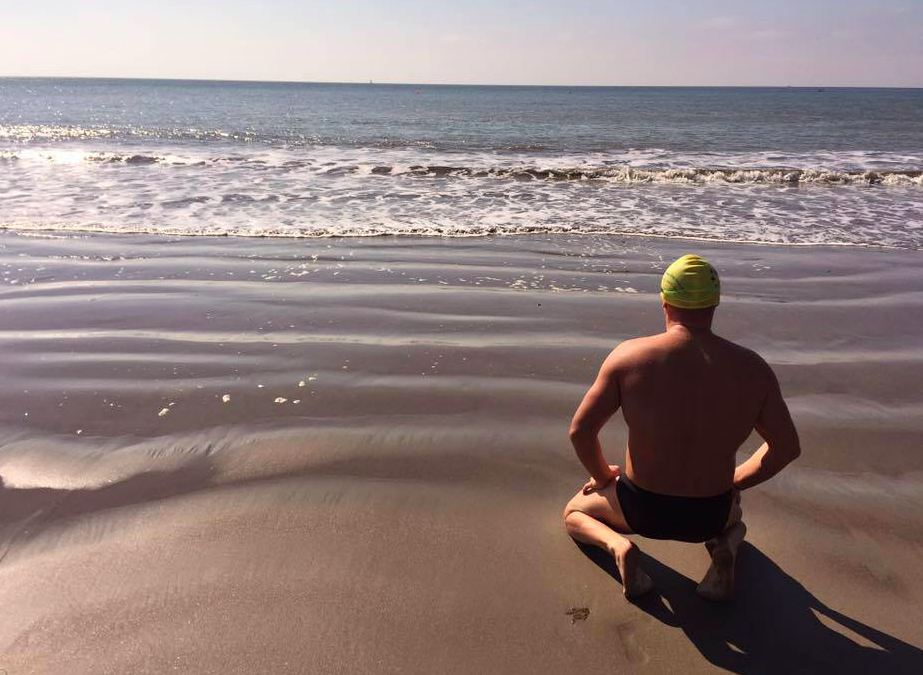 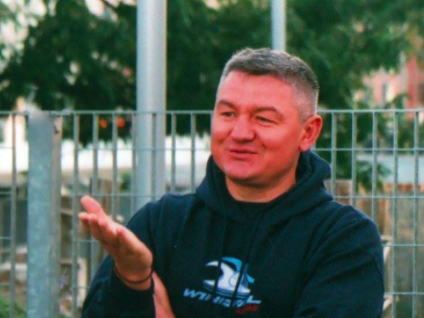 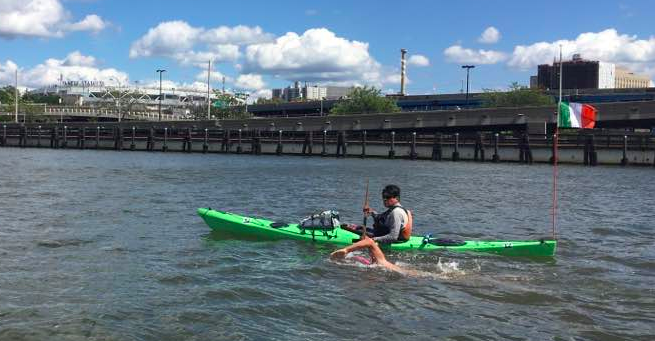 The 39-year-old Moldavian and Irish citizen living in Bray, Ireland became the eighth person ever, second from Ireland and first from Moldavia to complete the seven difficult channels of the Oceans Seven.

“Wow, what a tough day at the office,” reported the 39-year-old Lazarenco on his Facebook page. “Stephen called it he was spot on…there wasn’t anything more that could have gone wrong. But the outcome is what matters. [I] just got back to my hotel (3 am here) and I’m shattered!!!“

Once he was settled down in Ireland, he started to expand his open water swimming horizons with regularity:

* He did a 23 km swim from Bray to Wicklow.
* He completed an Ice Mile swim in Wicklow Mountains in 3.3ºC water.
* He swam in Tunisia (Swim of Peace), Switzerland (26.4 km International Self-Transcendence Marathon Swim in 9 hours 8 minutes), and New York (20 Bridges Manhattan Island Swim in New York in 7 hours 54 minutes).
* He was honored as the Leinster and Irish Open Water Swimmer of the Year in 2015-16 and 2016-17.
* He won the 2016 Male Senior Swimmer of the Year from the Irish Long Distance Swimming Association.

Back back in May 2014, he began an adventure, a 3+ year journey to complete the Oceans Seven:

He joins seven other open water swimming luminaries who have completed the global channel challenge: