Irish Celebration Of Ice Swimming To The End Of The World 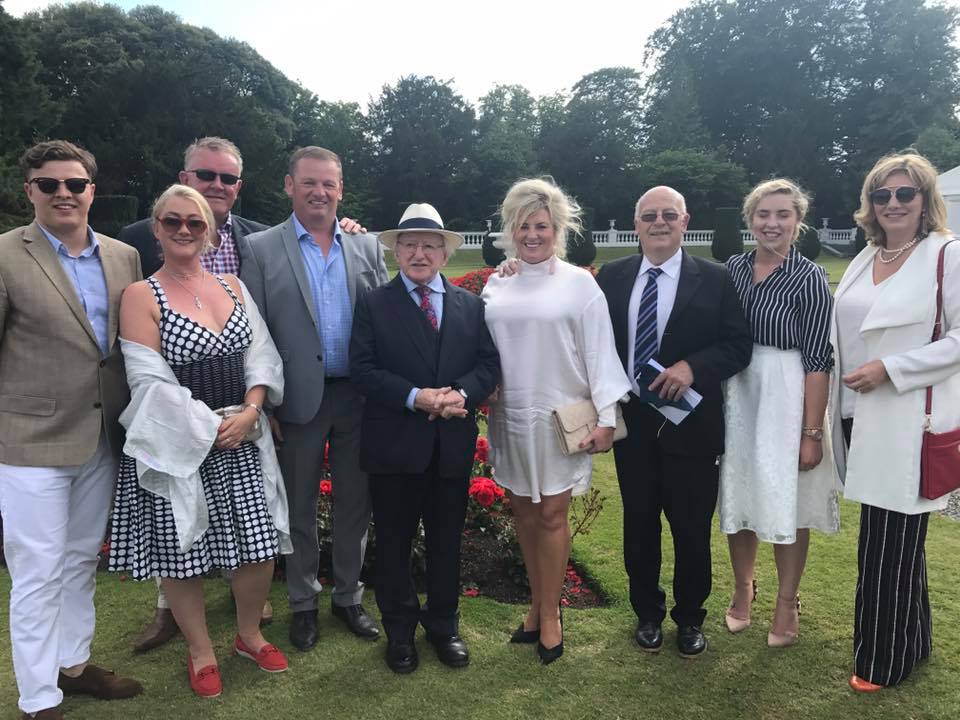 With fellow ice swimmer Conor Turner, Ger Kennedy met President Michael D. Higgins of Ireland at Áras an Uachtaráin, the official residence and principal workplace of the President of Ireland in Dublin. It is not often that open water swimmers are invited to meet their respective country’s head of state.

The purpose of the meeting was twofold. “Firstly, to celebrate the success of Irish ice swimming team, especially Conor Turner, at the 2017 Ice Swimming Aqua Sphere World Championships in Burghausen, Germany.

Secondly, to official introduce the engagement of the Antarctica 2020 organizing team to the President of Ireland in the native Irish language (as Gaeilge)
.”

Antarctica 2020 International Swim is a series of ice swims and environmental swims held inside the Antarctic Circle (66°33′46.5″ south) that replicates and celebrates Lynne Cox’s pioneering Antarctica 1.7 km swim in Neko Bay in 2002 and celebrates the 200-year anniversary of the discovery of Antarctica by Russian explorer Fabian Gottlieb Thaddeus von Bellingshausen with swims in the Bellingshausen Sea and the Weddell Sea, organized by Kennedy.

“A group of international winter swimmers and ice swimmers will gather in Ushuaia, a resort town in Argentina located on the Tierra del Fuego archipelago at the southernmost tip of South America and nicknamed the End of the World. Then we will sail to inside the Antarctica Circle to swim and visit various locations in the Bellingshausen Sea and the Weddell Sea, and return to Ushuaia,” explained Kennedy.