Is Poort Pulling A Bircher? 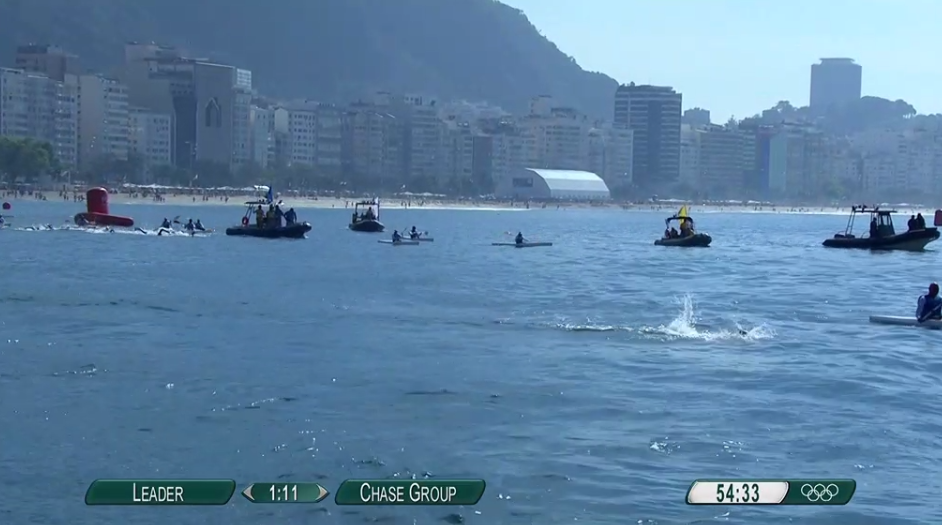 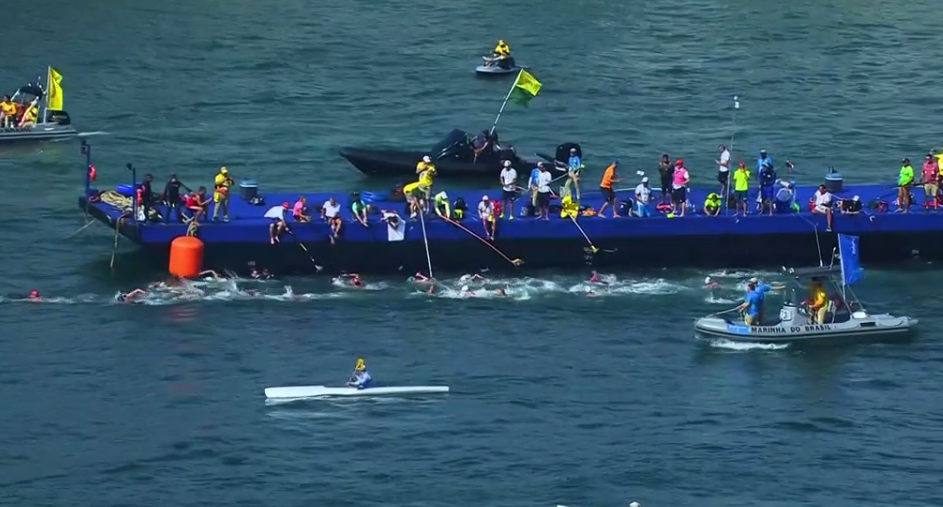 Images courtesy of NBCOlympics.com on Copacabana Beach in Rio de Janeiro. In the 2004 FINA World Open Water Swimming Championships in Dubai, United Arab Emirates, Great Britain’s Alan Bircher famously sprinted out to the lead – eventually establishing over a 2-minute lead in the 10 km race. Bircher sprinted out to the lead and kept on extending it in the first three laps of the race … a la Jarrod Poort of Australia in today’s Olympic 10K Marathon Swim on Copacabana Beach in Rio de Janeiro. But Thomas Lurz eventually caught up to Bircher to capture gold. Will this happen to Poort with someone in the trailing pack? Perhaps. Perhaps not. Poort has actually picked up his pace in the second lap and completed the first 5 km in 56 minutes 58 minutes. But it is certain that the swimmers in the trailing pack will start picking up their pace in the second half of the race. For the final Olympic 10K Marathon Swim results and recounting of the dramatic finish, read here. Copyright © 2008 – 2016 by World Open Water Swimming Association