Is Swimming The Most Dangerous Leg In Triathlons? 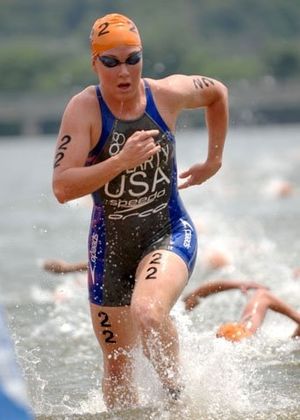 It is a common understanding among the media and triathlon community that open water swimming is the most dangerous leg of their sport. This belief is due to the fact that nearly 100% of the fatalities during triathlon competitions occur during the swim leg.

While this fact is true and the number of fatalities are well-reported in the media and discussed at all levels of the sport, there is another way to look upon risk and danger in the sport of triathlon.

Every triathlete knows the sport requires time, energy and commitment. While the racing component of the sport can be pressure-packed, expensive and stressful, it is the training for the sport that is all encompassing, time-consuming, and stressful.

For every hour spent racing, every triathlete spends tens of hours – and in some cases hundreds of hours – training outside competition.

And every triathlete knows that the total amount of time spent training in a pool or in an open body of water for the swim leg is miniscule compared with the training required for the cycling and running components of triathlon. Triathletes literally spend thousands of hours on the streets pumping away on their bicycle and on the pavement pounding away miles to prepare for their sprint, Olympic distance, half Ironman and full Ironman competitions – and swimming is only a fraction of this time.

And while it is rare for triathletes to get hurt or injured during their swim practices, the same is not true of the land-based legs of the triathlon – where accidents, injuries and incidents unfortunately occur much more than water-based problems. From our perspective in Southern California living near the well-traveled Pacific Coast Highway, we see accidents nearly every day due to the encounter between motor vehicles and triathletes on wheels. Especially in urban environments, but even in rural settings, there are accidents that occur when drivers and triathletes unexpectedly and unintentionally meet.

These are the inherent risks that triathletes face. So while open water swimming may have the reputation of being the most dangerous leg of a triathlon, if we look at the totality of the sport where races and training sessions are both considered, there appears – at least anecdotally – to be higher risk of injuries and accidents out on the bike and roads rather than in the water.