Is There A Better School For Channel Swimming? 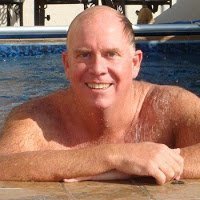 After reporting on Diana Nyad‘s upcoming swim from Cuba to Florida, we learned that Diana (’67) graduated from Pine Crest School in Fort Lauderdale, Florida which has long produced hundreds of great swimmers – and an amazing number of accomplished open water swimmers.

Triple Crown swimmers Scott Coleman (’72) and Dr. Scott Richards (’77), as well as Gail Rice (’74), have all swum the English Channel and other marathon swims.

“I will have to get Dan to swim around Manhattan Island so we can be the only brothers to do the Triple Crown ,” said Scott on his way to Dover to help his brother.

We know there are some established institutions of greater learning in England where many channel swimmers have matriculated, but on stateside, Pine Crest School offers a great education, a great environment and have born some pretty incredible channel swimmers…