It All Begins Over The First Cup Of… 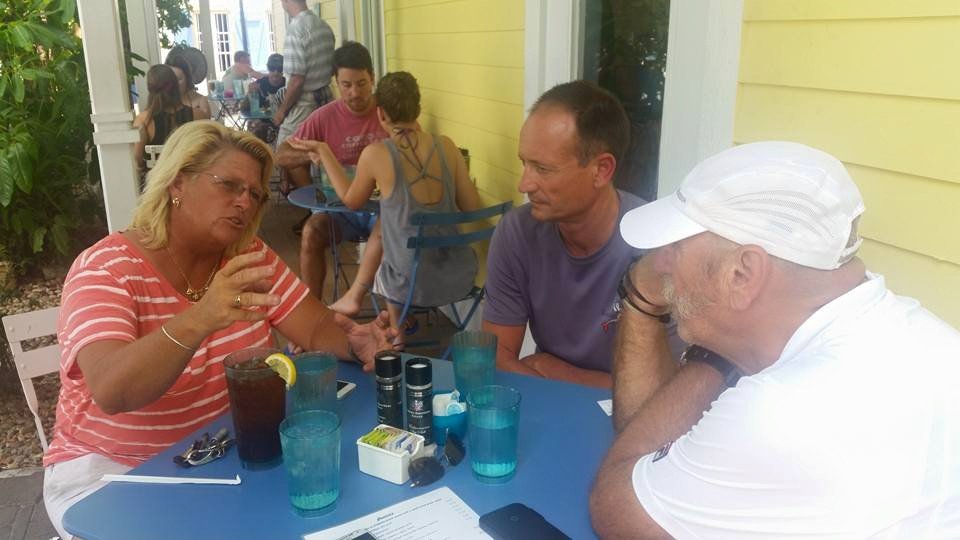 It all begins with the first stroke…or so it is said.

But planning for a long swim or a triathlon begins even earlier. Usually over a coffee or a meal. Usually over someone’s house or at a restaurant. Swimmers, friends and trusted advisers brainstorm about locations, swim directions, prevailing currents, expected tides, strength of winds, and marine life. Pilots and crew members, strategies and dates are considered, discussed and decided. Maps and marine charts are reviewed and studied. Financing is always part of the equation while charities and sponsors are also occasionally identified.

So begins the long process of planning Salvatore Cimmino‘s attempt to swim from Cuba to Florida across the Straits of Florida in 2016. He recently spoke in Miami and took a trip down to Key West in order to meet some potentially key members of his team including Vanessa Linsley of the Florida Yacht Group who was so critical to Diana Nyad’s team.

Despite swimming without his right leg that was amputated at the age of 15 due to cancer, he will attempt a 103-mile (168 km) solo crossing of the Florida Strait in spring 2016. Now is the time to plan, decide and continue to train mentally and physically for the toughest swim attempt of his long career.

“We discussed using at least 3 boats with kayakers and experienced crew with Captain Vanessa Linsley in order to swim safely across the Straits of Florida from Havana in Key West, Florida,” said Cimmino. “The distance to cover will be 111 miles instead of 103 that I had thought. The time for this enormous distance will be of at least 90 hours.

Given the enormous difficulties [of this challenge], we will have to relocate to Miami at least 5 months before the crossing. It will be essential to practice for at least 8 hours a day in Key West in order to better meet the difficulties that will arise during this incredible challenge [as] I ask for your solidarity, your support to knock down all the barriers that separate people with disabilities from freedom
.”