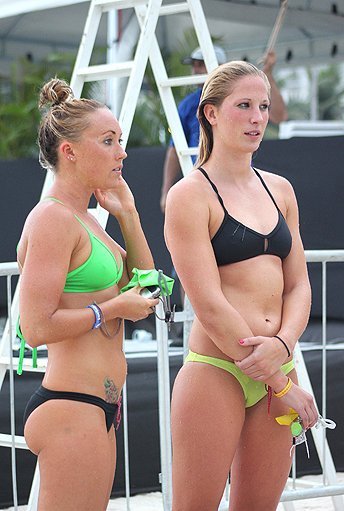 Once marathon swimming was added to the Olympic Summer Games, we have always envisioned that it would only be a matter of time before the NCAA added an open water swimming event to its men’s and women’s swimming & diving championships.

Originally, we thought it might take a generation and depend on younger administrators and coaches to see the value in adding open water swimming to the NCAA Swimming & Diving Championships, but it will come much sooner as open water swimming rides in the wake of the powerful triathlon community.

The first step along the path to inclusion will be the addition to triathlon to the NCAA Championship schedule – and the addition to affiliated open water swimming competitions. Officials have formally acknowledged that they are in discussions about adding women’s triathlon as an officially recognized and supported NCAA sport.

NCAA, USA Triathlon and leading triathlon coaches, athletes and advocates are meeting this week in Indianapolis, Indiana to discuss myriad possibilities under the auspices of the NCAA Committee on Women’s Athletics.

If you look at almost all of the NCAA sports, especially swimming and track & field, the NCAA is a breeding ground for Olympians and Olympic champions. If the United States wants to earn more Olympic medals in triathlon [note: American athletes have earned only 1 bronze in the 2000, 2004, 2008, and 2012 Olympic Games], there are more than enough reasons to add the sport to the NCAA program.

While both men’s and women’s triathlon teams are offered at hundreds of universities at the club sport level, there is nothing like putting an official stamp on the sport by elevating it to NCAA Championship status. With this status, media, scholarships, alumni donations, coaching, and a renewed focus will help elevate the performance of its elite collegiate student-athletes.

Universities such as the U.S. Air Force Academy, University of Arizona, University of Colorado-Colorado Springs, and Stanford University have supported this initiative. A proposal to the NCAA describes starting with 3.5 scholarships, that may increase up to 10 scholarships in the future. The NCAA triathlon season would run from September to November, and could include open water swimming competitions, pool swimming meets, and a team relay event.

We are excited to see that our triathlete colleagues are leading the way and lobbying the NCAA to consider the addition of these new emerging Olympic sports that are far more popular than many current NCAA-supported sports.