It Is A Swell Day For Secret Love In Boston 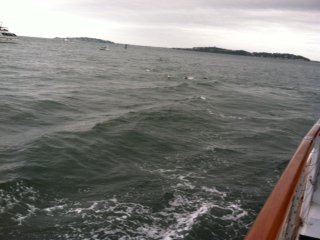 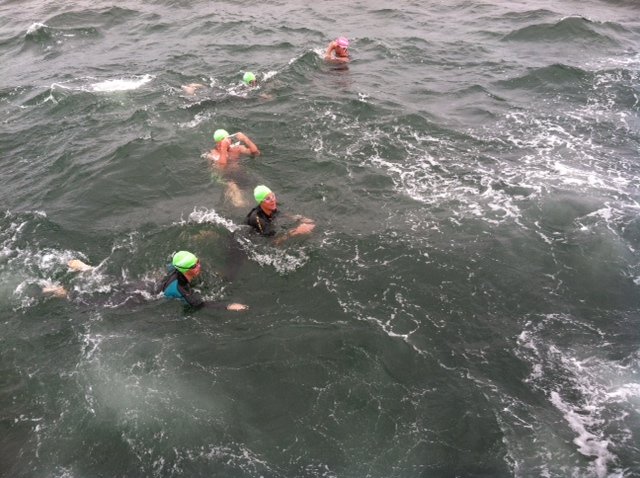 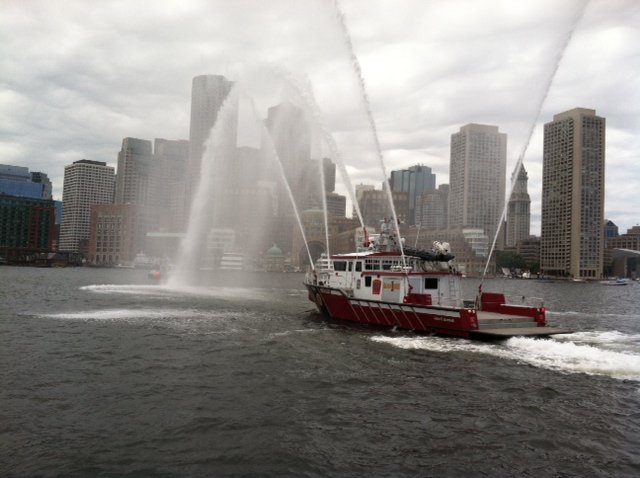 It is rocking and rolling aboard the two escort boats Mon Amour and Secret Love as the Swim Across America relays have now reached the halfway point of their 22-mile charity swim. Once past the 11-mile mark on the far edges of the Boston Harbor Islands, the ocean swells started to really shake the boats and the 80 swimmers of the Boston Harbor Swim. During the first half of the swim to benefit the MassGeneral Hospital for Children Cancer Center and the Perini Quality of Life Clinic at the Dana-Farber Hospital, the swimmers faced a relentless chop swimming into the wind.

But the second half was all downhill – sort of – as the swimmers rode the ocean swells back to downtown Boston. The swimmers tried to railroad down the swells, but the course got increasingly rocky and bumpy.

Smiles and laughs from the swimmers were punctuated by the aaahhs and ooohhhs of the ocean swells as the teams headed into the finish fighting the seas all the way.

“After the half-wayway turn, the yacht almost tipped because the chop turned to big rolling waves,” recalls Pam Lazzarotto.

Kristy Kowal said, “The window was on the water.” Dan Truesdale who has swum this event 23 times added, “I think the boat was at a 30 degree angle. The cooler on the top deck went tumbling into the water while everything in the boat was getting tossed around.”

“I was in the water when all this havoc hit,” described Lazzarotto. “The escort boat with the big orange buoy for sighting was gone. I thought they left me behind because the waves were so big I couldn’t see anyone. Finally a few big waves over, I saw other swimmers.

The Zodiac came to pick us up and take us to our boat. When we finally boarded everyone on board cheered for us. We survived an extremely rough swim. And when we came into the finish, the fire boat presented us with a great welcome. It was a quite a day and a welcome culmination to celebrate open water swimming and the raising of over $350,000 for the MassGeneral Hospital for Children Cancer Center and the Dana-Farber Perini Quality of Life Clinic
.”

For more information, visit here with a tracking of their course here.