It Is Truly A Global Sport 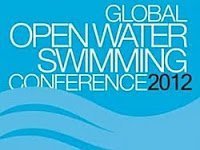 The 2012 Global Open Water Swimming Conference will be held in Long Beach, California on September 21 – 23.

The following luminaries of the sport will be honored during the conference for their recent induction in the International Marathon Swimming Hall of Fame:

Speakers on a wide variety of fascinating topics will include (speaker list is not yet complete with additional luminaries to be confirmed):