It Only Hurts After 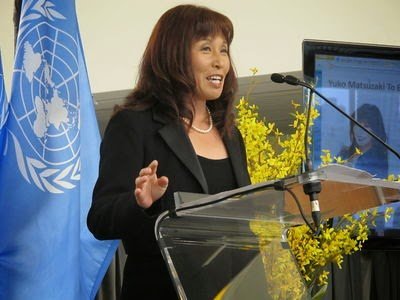 Yuko Matsuzaki has swum as long as 33 hours non-stop and completed several dozens of professional marathon swims – some cold, some warm, many rough – during her lengthy 3-decade career.

But today’s 21 km crossing between the island of North Caicos and Grace Bay, Providenciales in Turks & Caicos in the Caribbean Sea brought on a new kind of pain.

“I used 100 spf sunscreen lotion, but I got a very bad sunburn on my legs,” the Japan’s Honour Swimmer in the International Marathon Swimming Hall of Fame. “I cannot wear pants tonight when I will be in real pain. I should have used 200 spf. The sun is so very strong here in Turks & Caicos.”

But she was able to swim with dolphins and saw huge stingrays during the 6-hour swim. “It was a relatively easy 6-hour swim, but I hit rough chop and gutsy winds during the middle part of the course. It is like a blue heaven here.” 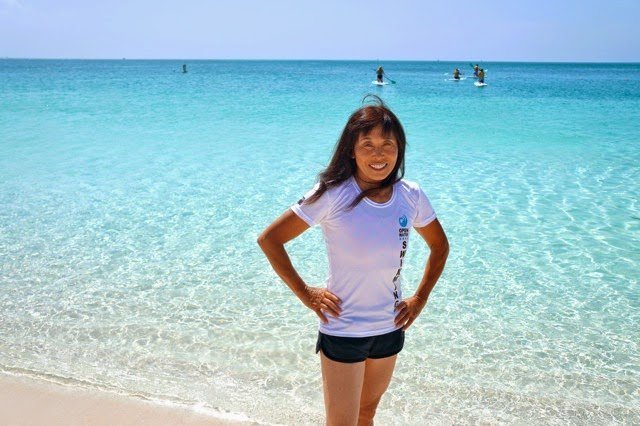 Above photo shows Yuko Matsuzaki speaking at the International Marathon Swimming Hall of Fame induction ceremonies at the United Nations. Lower photo by Ben Stubenberg shows Matsuzaki on the shoreline of Turks & Caicos at the Grace Bay Club in Provo.