It Takes A Village To Do A Three-Way Crossing 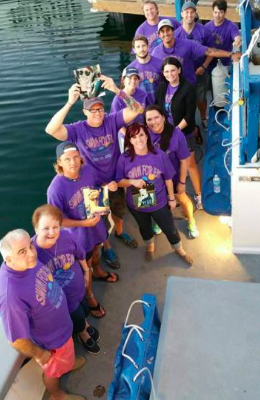 Robert Palmese completed a solo crossing of the Catalina Channel in 12 hours 21 minutes 2015.

At the annual banquet among his Catalina Channel peers, he announced his attempt at an unprecedented three-way crossing on August 11th 2016.

A student at San Diego Mesa College, he has his coaches Nathan Resch and Jim Fegan helping him as well as his La Jolla Cove training partners Dan Simonelli and Susanne Simpson. They – and a large escort crew and other members of the La Jolla Cove Swim Club – are all part of his journey and attempt.

In addition, he is continuing to raise money for the Cystic Fibrosis Foundation [see here]. His first Catalina Channel crossing was a charity swim for Emily Nichols who had passed away. His triple crossing will be a culmination of his journey. 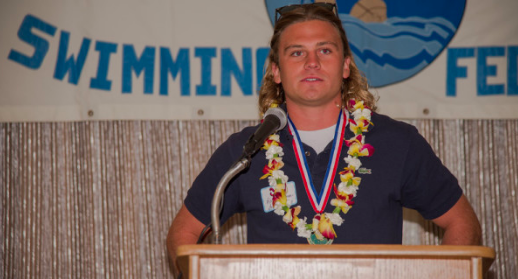