Italians Are King And Queen Of The Sea 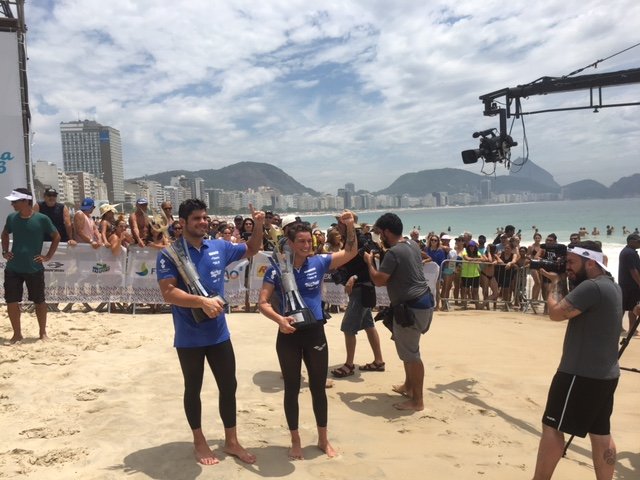 Courtesy of Lexie Kelly at the 2016 Rie e Rainha do Mar (King and Queen of the Sea), Copacabana Beach, Rio de Janeiro, Brazil.

Five of the seven teams were always in the mix (two Brazilian teams, USA, Netherlands and Italy), but the Italian Olympian not only swam a blistering final leg, but also hustled up the beach with even more impressive dryland speed. 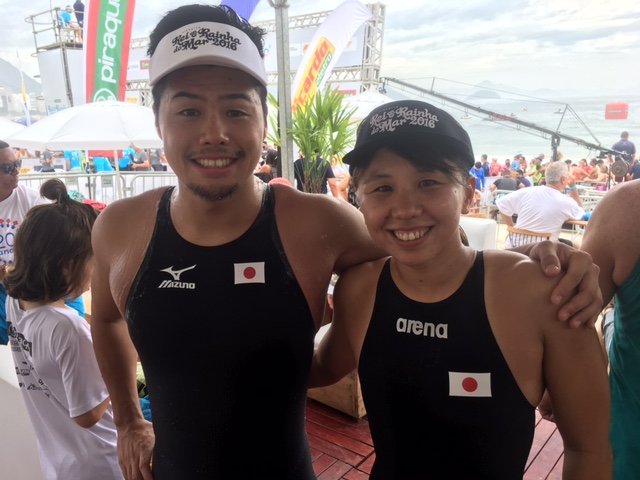 The Japanese team finished out of the top five after Yumi Kida [who was paired up with Yasunari Hirai] caught a wave in on her second lap, but got smashed in the head by Argentina’s Guillermo Bertola when she was running in and he was running out in the transition area. He said, “I didn’t see her because she was in the wave and I really hit her hard.”

Kida was attended to by the paramedics and was taken to a local hospital. But she was released and returned in time for the athletes’ dinner.