Italians Win The King & Queen Of The Sea 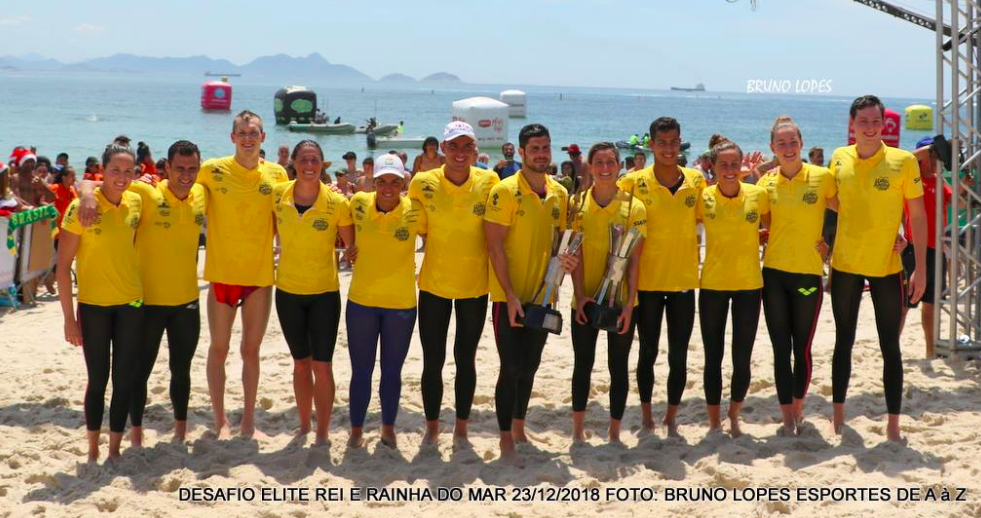 On the eve of Christmas Eve (December 23rd 2018) on the sands and shores of Rio de Janeiro where the 2016 Rio Olympics 10 km marathon swim was held, the annual King & Queen Of The Sea (Rei e Rainha do Mar) was held.

The televised elite was was four 400m laps for each two-person team. The Italian duo of Olympic silver medalist Rachele Bruni and Dario Verani won again. “I was very happy to win the King and Queen of the Sea for the second time. This is a very beautiful and disputed competition. The pairs that were here were very strong and I closed my year well,” said Bruni after the close race where each athlete had to twice swim a 350m course that required some bodysurfing skills plus a 50m soft sand beach run.

Melgaard said, “Rio was amazing. The course was great, well designed. It was a beautiful setting with amazing energy. The hosts were wonderful who provided superb hospitality. I really enjoyed being able to visit the local cancer hospital on Friday, participate on Saturday as well with the amateur divisions, then race Rei e Rainha do Mar on Sunday.” 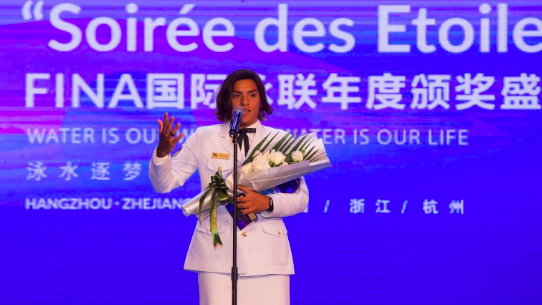 While many eyes of the Brazilian fans were on Ana Marcela Cunha during her legs at the Rei e Rainha do Mar, it was too much after a long trip to China where she won the FINA Female Open Water Swimmer 2018 award.