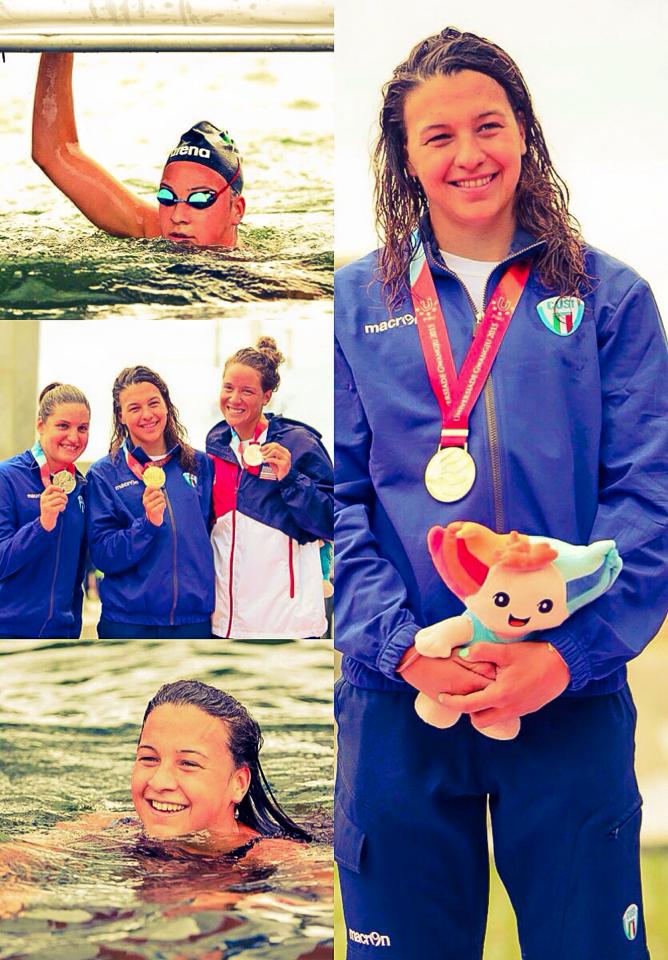 In what amounts to one of the most unusual high-level marathon swimming races at the international level, Italy took the top two podium spots with gold medalist Arianna Bridi and silver medalist Ilaria Raimondi finishing ahead of American Stephanie Peacock.

But Bridi’s large margin of victory and the individual margins between each of the following swimmers were unusually large in the rectangular course set inside the Jangseong Lake.

Bridi’s dominating victory started when she and her teammate took off on the rest of the field and no one followed as they picked up the pace. Bridi was happy with the results.

“After one year after graduation, the Universiade is the result of a great work of collaboration and mutual support between la Nazionale and the Gruppo Sportivo Esercito e la Rari Nantes Trento who always believed in me and accompanied me in this growth. I thought it was a difficult year to deal with, where I probably would have had a hard time [achieving my goals], but I was wrong. And thanks to Team Despar Trentino-Südtirol for their continuous support that guarantees me. This is not a point of arrival; it is not a starting point; it’s another step along the way.”

The men’s results are here.