It’s A Go For Kimberley Chambers 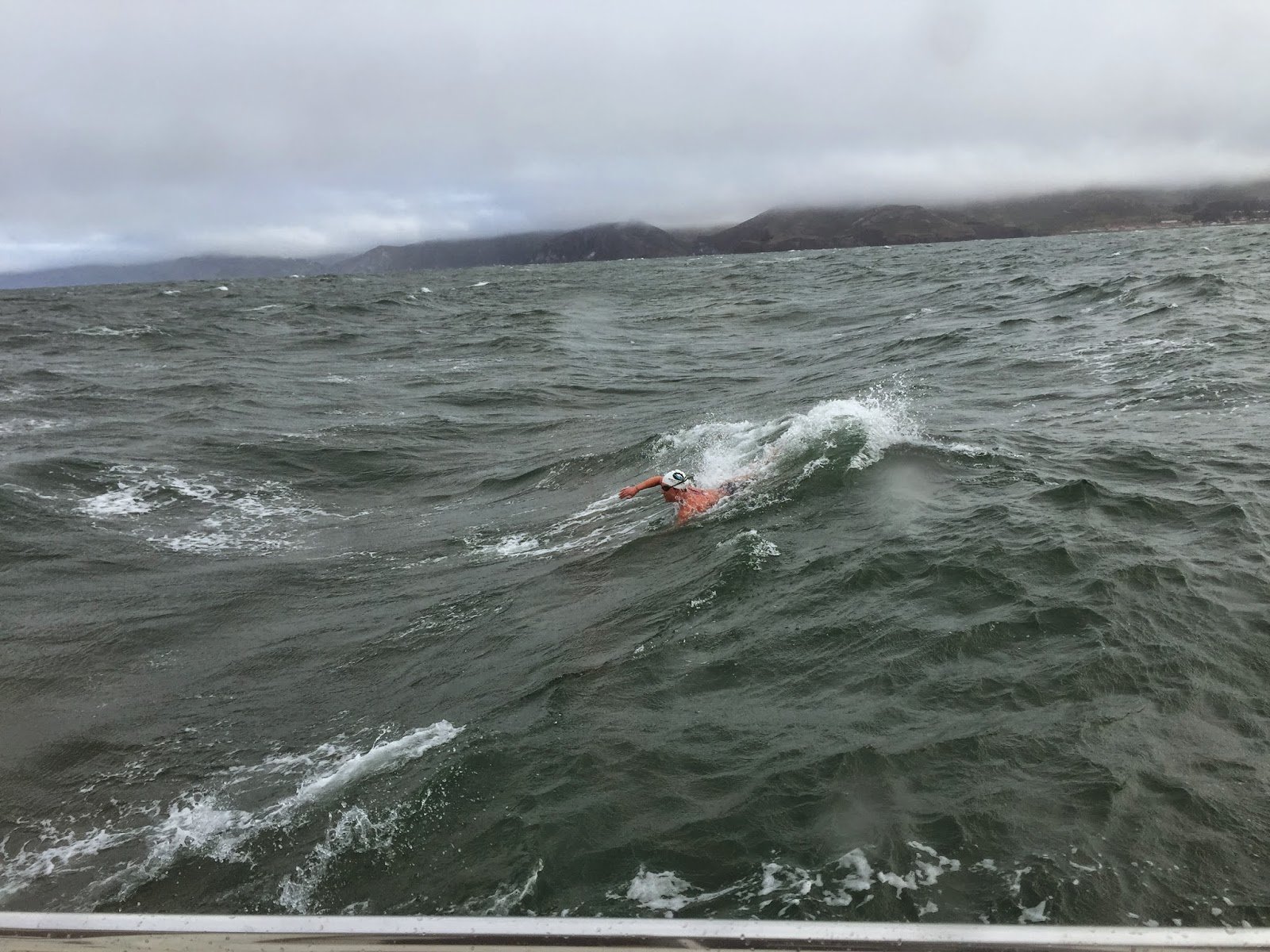 Kimberley Chambers will attempt to become the first women in history to swim between the Farallon Islands and California’s Golden Gate Bridge tonight.

Her escort team gave her a go signal this morning, although as David Holscher says, “It will not be perfect, but it will be a little rough. Jump is at 11:30 pm.”

Captain Vito Bialla confirmed with the research staff on the Farallons Island this morning who said they did see one seal today with a [shark] bite taken out of it.

But sharks may be a lesser concern than the general turbulence of the ocean as the wind speed is forecasted to increase from 5 mph in the southwest direction to up to 20 mph (with wind gusts up to 25 mph) in the northwest direction throughout her swim as it progresses from Friday night to Saturday afternoon, making the water fairly lumpy towards the end.

One of her two escort pilots, Ed Lynch, will use a thermal imaging device from Bullard to identify seals and all kinds of marine life a quarter mile away. To track Chambers’ swim, follow the Night Train Swimmers’ live tracking page here starting Friday night around 11:30 pm.