It’s No Wonder It’s So Special 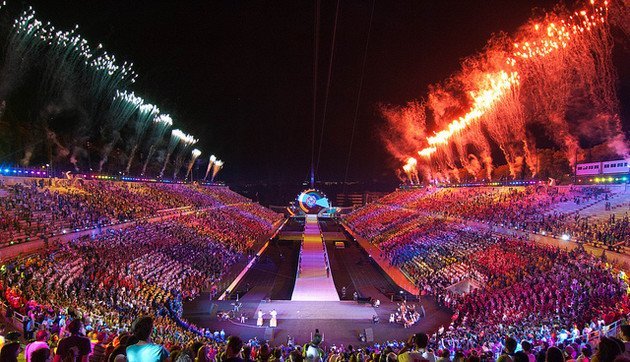 “I am touched to be a part of this celebration of determination, courage, joy and skill. Throughout my own journey of overcoming the odds, it’s truly an inspiring moment to join these incredible athletes as they come to Los Angeles to compete and accomplish so many victories,” so says Stevie Wonder who will headline the Opening Ceremonies at the 2015 Special Olympics World Summer Games on July 25th in Southern California.

Nearly 7,000 athletes and 3,000 coaches representing 170 countries will participate in the Opening Ceremony with more than 60,000 fans including Royalty, Heads of State and Government, and other distinguished VIPs will cheer on the athletes inside the Coliseum, while a television audience will watch ESPN’s coverage of the World Games.

The Special Olympics World Summer Games open water swim will be a 1.5 km flat loop course on July 30th in Alamitos Bay in Long Beach. 87 athletes will also participate in POW (Pool Open Water) exhibitions at U.S.C. under the leadership of Anne McLindon.