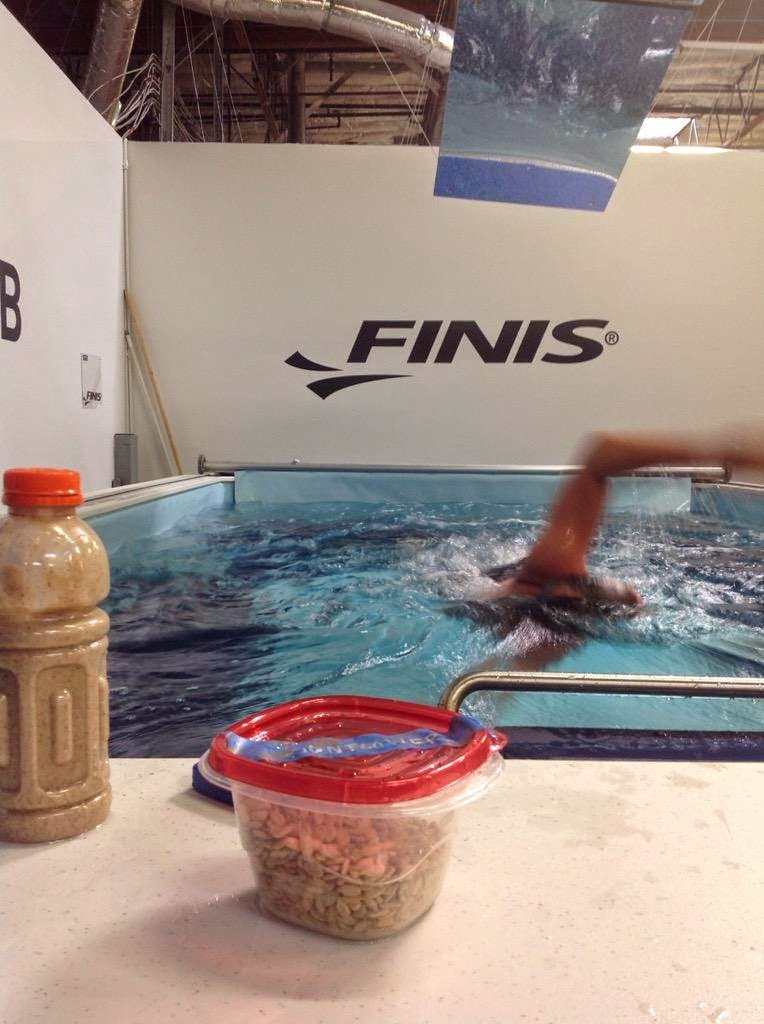 But somehow Jamie Patrick and FINIS can make such training into entertainment.

Over 1,500 unique visitors watched Patrick swim and feed on granola and protein shakes for 8 hours during a live streaming event.

He’ll need all that training for his 78-mile (125 km) solo marathon swimming attempt in the Bahamas next month.

He will attempt to swim one mile further than Chloë McCardel’s historic 41 hour 21 minute 124.4 km (77.3 mile) solo swim from Eleuratha to Nassau in the Bahamas last year (see here).

“It’s the sharks that I am worried about,” admits Patrick. “Even though I will be as far as 20 miles off the coast, the water depth is still really shallow. With the water incredibly clear, I’ll be able to see the ocean floor. If a shark comes by, I always want to keep them in my line of sight.”

But knowing that McCardel was hospitalized for 6 days due to the amount of venom that entered her system due to multiple jellyfish stings, Patrick is also preparing for jellyfish encounters. “I am going to use what Paul Lundgren used to protect himself in the Sea of Cortez. He made some homemade protection that was really effective.”