Jack Berkery, Pioneering His Way To The Open Water 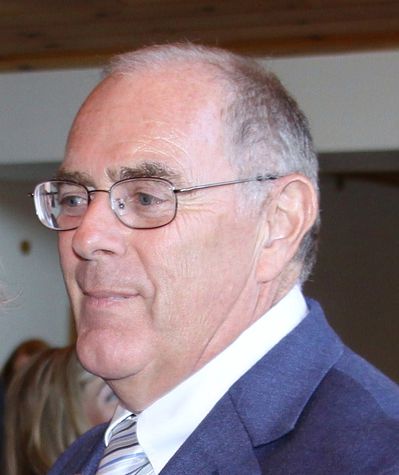 Jack Berkery is an 68-year-old endurance athlete who has run over 40,000 miles while participating in 475 running races on roads, tracks and trails.

The former lifeguard has swum most of his life, but he only swam for cross-training purposes only.

But after five decades since being a lifeguard, Berkery is going to enter his first open water swim, the Betsy Owens Memorial Swim in Mirror Lake in the city of Lake Placid, New York.

The emerging open water swimmer from New York’s Latham, New York entered in the 1-mile race after being coached by Kristin Hislop and Ashley Serrago.

He contributed to a book called Cardiac Athletes [available on Amazon here]. “I am among those who have returned to athletics after open heart surgery. July 26th was the 25th anniversary of my artificial aortic valve.”

In 1992, he was one of the first American runners to return to road racing after experiencing serious open heart surgery. “It was such a rarity in those days that the meet directors sent a film crew to find and film me running around the track. I suspect [at the time] no one was certain that what I was doing was medically safe or even advisable.”

But nearly 25 years later after many thousands of miles on the road, Berkery recalls his uncharted road. “The problem with being a pioneer is that there is no road map to tell you which way to go. There is no trail blazed through the wilderness, no bridges across the rivers. Each direction one takes could lead to grand new vistas or disaster. You never know until rounding the next bend. I tended thereafter to be very conservative in my approach to training and racing and always had the nagging feeling that what I was doing could be, shall we say, a game changer.”

He did change the game. But then his endurance career took an unexpected change.

“A year ago I began experiencing extreme pain in the left hip,” explains Berkery. “I battled it for 6 months, but eventually could not run any more. I worked summers as a lifeguard in 1964 and 1965, but I never took it seriously or timed any of my laps until this year. Now I cannot run at all for the pain it causes. [But] swimming is pain free so I depend on swimming to keep me fit.”

Last winter the former engineer with GE Research joined U.S. Masters Swimming and train with a triathlon club that has weekly open water training swims. He looks forward to his first open water swimming event. “As a first timer at age 68, I submitted a 1650 yard seed time of 42 minutes. I have no particular goal time. Even coming in last would be fine, finishing strong will be enough.”

For more information about the book in which he contributed, visit here.