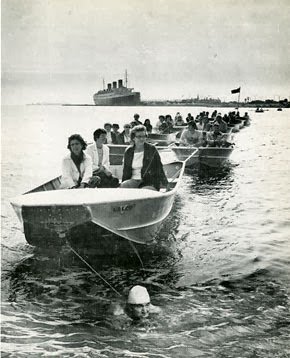 One of our favorite personalities growing up was American fitness guru Jack LaLanne.

He was a totally committed and focused on his mission in life: promoting fitness, nutrition and positive thinking. LaLanne caught the public’s attention with his charisma and exploits with the goal of inspiring others. “I did these feats to show that anything in life is possible. All of us can be much better than we are.”

And what he did on American television over 50 years ago – back in the black-and-white era – and in the open water from Southern to Northern California after he reached the age of 40 was always fun to watch.

His legacy is remembered by many; his pioneering spirit was ahead of his time, but just in the nick of time for many who were motivated by his examples of fitness: