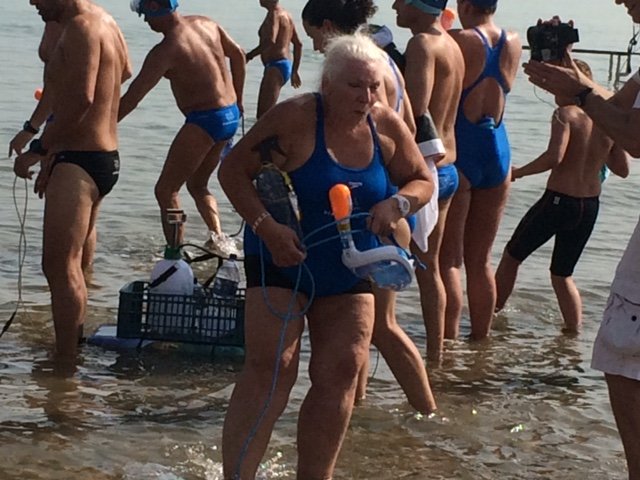 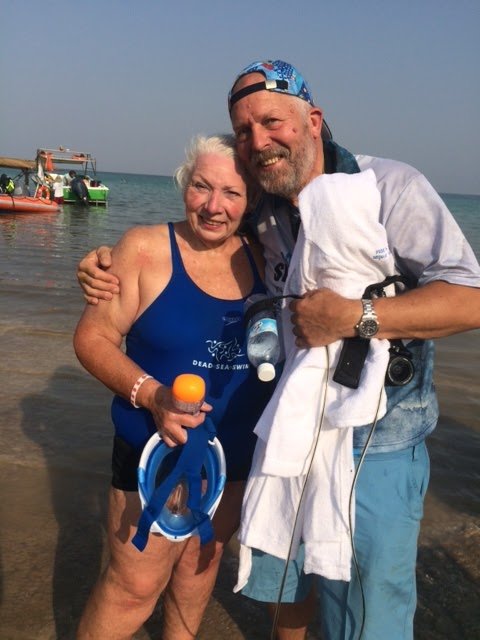 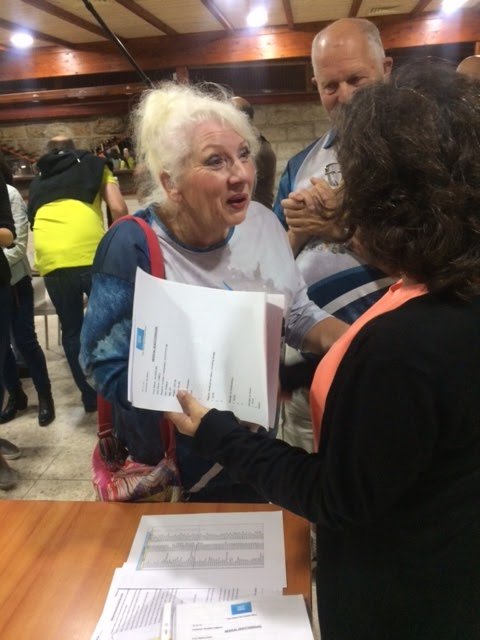 It is not often that a swimmer completes two historic, unprecedented swims that require international diplomacy within one calendar year.

But Jackie Cobell is just not any swimmer. She is unique. She is at the top of her game. She has a personality and charisma that is infectiously positive.

Earlier in the year, Cobell swam with Matías Ola in the dual tandem swim called the Malvinas/Falklands Islands Challenge in 6ºC water between the two main islands of the Islas Malvinas (Falkland Islands).

The Malvinas/Falklands Islands Challenge between West Falkland to East Falkland was completed in 2 hours 37 minutes. “It was brilliant. It was an expedition,” said Cobell in an interview on BBC South East Today (see here).

This week, she followed up her Malvinas/Falklands Islands Challenge with the 16 km Dead Sea Swim between Jordan and Israel together with South Africa’s Madswimmers, the Cyprus Israel Swimmers and others from Palestine, Denmark, New Zealand, and Spain in 7 hours 9 minutes.

Whether the 62-year-old Cobell is participating in the 6-day Bering Strait Swim relay, a 53-mile (86 km) relay from Cape Dezhnev in Chukotka, Russia, to Cape Prince of Wales in the state of Alaska or racing a 1000m swim at the 2012 Russian Winter Swimming Championships in water temperatures of 0.3°C and air temperatures between – 30°C and -33°C in Tyumen or swimming along the lowest place on Earth in the Dead Sea, she is embodies the courage that open water swimmers have, always enhanced with her bright smile and sparkling eyes.

Cobell was nominated for the 2016 World Open Water Swimming Performance of the Year together with Matías Ola among these individuals: