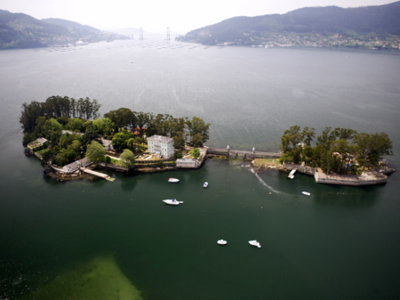 La Batalla de Rande a Nado, a 27 km marathon swim in the Ria de Vigo in northwestern Spain, will be held on June 25th. With water temperature expected to be 15-19C.

The race format involves the athletes swimming in 3 groups for the first 20-24 km and then the last 3-7 km is a race to the finish. Swimmers are allotted to one of the three groups according to their abilities.

Jacques Tuset will headline the field and will swim towards a prison on San Simón Island (Isla de San Simón), a former prison from the Spanish Civil War that was used from 838 to 1927 as a prison and leper colony.

Julio Castro of Batalla de Rande announced that already 55 swimmers have registered for the 2016 event that will be held on June 25th. For more information, visit here.