Jacques Tuset Honored By The Hall Of Fame 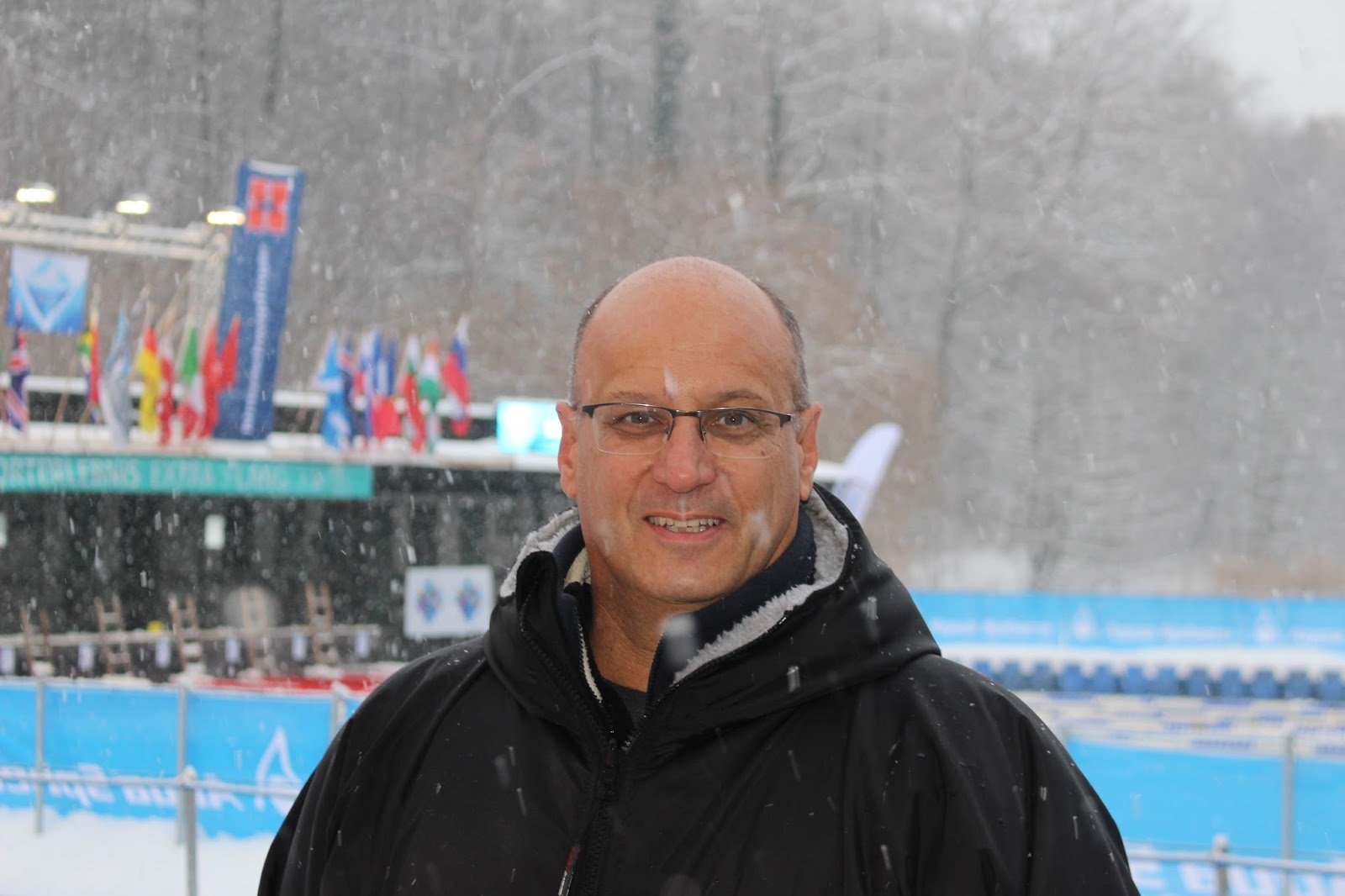 One of the most appreciated compliments received by any athlete is from one’s own peers. The Class of 2018 honorees in the International Marathon Swimming Hall of Fame represent the largest group of individuals to be inducted in a single year over the institution’s history.

The Class of 2018 includes Frenchman Jacques Tuset, the world’s leading prison island swimmer who has done an ice kilometer and 30 marathon swims around the world including a crossing of the English Channel and Strait of Gibraltar.

Tuset talked about his prolific career to date:

Jacques Tuset: I am very proud and honored to have been inducted into IMSHOF. I am super excited to be amongst marathon swimmer legends.

Jacques Tuset: Undoubtedly the English Channel in 2002. I was the only one swimmer on six boats at the start to finish this day due to bad conditions at the end of the swim. One month later, there was the birth of my first son. In 2017, he began later to accompany me on my escapes [prison island swims].

Also, the 12 km crossing of Paris. I don’t know how many people on earth can pretend they have crossed all Paris along its length only in a swimsuit. The next swimmers, perhaps, will be at the 2024 Olympics.

Jacques Tuset: The 36 km Maratona del Golfo Capri-Napoli in Italy in 9 hours 15 minutes [at the age of 48] in 2012. My crew put my feeding in the sun and after 3 hours, I could not drink anything. The end of the race was like hell.

Daily News of Open Water Swimming: Can you describe some of your most difficult swims to organize – of any distance including the prison island swims?

Jacques Tuset: The Rottnest Channel Swim was very difficult for me to organize. Some difficulties due to finding a boat and my contact in Perth who was to accommodate me and crew me for the race announces one month before that he could not do the swim. Thanks to the boat pilot and his brother who I found finally, I could do my swim, a difficult race with a strong face current in the final.

Today, Hashima Island in Japan is going to be one of the hardest to organize. My last contact on Nagasaki told me that the authorities were not in favor.


Daily News of Open Water Swimming: Can you describe your typical weekly schedule, including your swimming workouts, your work, and your dryland training?

Jacques Tuset: In the spring and summer, I swim 1 to 2 hours, 3 or 4 times in open water and once in the pool. In autumn and winter, it’s the opposite with one swim in the open water per week whatever the conditions and without wetsuit.

Daily News of Open Water Swimming: How many prison island swims do you plan to do by the end of your career?

Jacques Tuset: I planned to swim more than 40 swim escapes. And why not a goal of 50?

Daily News of Open Water Swimming: How do you decide your swim schedule each year?

Jacques Tuset: According to my budget or invitations that are proposed to me. A new adventure and new place to discover with my family for holidays…

Daily News of Open Water Swimming: What were your favorite foods and drinks to take during your swims?

Jacques Tuset: I take only energy or protein drink and almond paste. Each hour in the first 3 hours and after each 45 minutes, when the swim is more 7 hours, after I take each 30 minutes.

Daily News of Open Water Swimming: What are some of the most beautiful beaches that you have seen?

Jacques Tuset: Waikiki Beach in Hawaii for the pre-FINA World Open Water Swimming Championships in 1999 where I have very good memories in a natural environment rich in marine life. It was a race where I had the chance to swim with dolphins and turtles. Also, Robben Island in South Africa with the beautiful Table Mountain that I coud admire at each breath on my right. The Marseille and the Monte Cristo race, a swim with a rich marine life and a beautiful bay. I have swum this race 8 times from If Castle. Also Asinara in Sardinia is the island that is virtually uninhabited and was recently converted to a wildlife and marine preserve.

Daily News of Open Water Swimming: What future swims are you thinking about?

Jacques Tuset: My swim escape forecasts for 2018 are Makronisos to Lavrion (5 km) in Greece, Belle île to Quiberon (15 km) in France, Alderney to France (17 km) in a very, very, very strong currents … I look forward to these swims.

His toughness is without question. Training in the south of France, Tuset competed in the 2016 Ice Swimming Aqua Sphere World Championships (15 minutes 50 seconds in an ice kilometer.

He jumped into the outer lane, closest to the encroaching surface ice, and finished in 15 minutes 50 seconds.

“Swimmers like Jacques enliven the sport of open water swimming. He’s creative, he’s personable, he’s multi-lingual,” commented Steven Munatones. “He takes on any challenges, from unprecedented prison island swims to ice kilometers – and many well-known and relatively unknown marathon swims. He has definitely established himself as one of the world’s greatest open water swimming ambassadors.”

“Jacques and the other new members of the International Marathon Swimming Hall of Fame emulate those exceptional 269 forerunners already enshrined in the Hall of Fame. Since the class of 1963, our marathon swimming inductees from around the world have received the ultimate marathon swimming recognition. They have been immortalized with their names inscribed on the IMSHOF Sea Goddess, our ‘symbol of the sea’,” explained Chairman Christopher Guesdon.