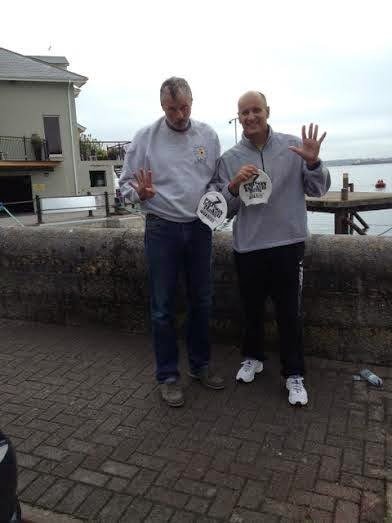 Jacques Tuset took up the challenge laid down by Ned Denison and has now completed 5 Prison Island Swims.

Some of the harshest incarceration of criminals in previous centuries was conducted on islands. Imprisonment to isolated islands was considered an effective way to remove incorrigibles from society. Banished to an island surrounded by cold waters, the undesirables were eliminated from harming law-abiding citizens on the mainland.

As the island prisons were closed and converted to other uses, Denison envisioned a clever way to encourage open water swimmers to enjoy the challenge of swimming from these islands to the nearest mainland point.

He came up with the Triple Crown of Prison Island Swims.

The prison island swim sites of the Triple Break include:

Jacques Tuset of France vaulted into the lead in the chase to become the first person to complete all nine island swims. “I just escaped by swimming in 14.5°C water from the fifth prison of my challenge, Spike Island, together with Ned Denison, Danny Walsh and John Walsh. We had superb conditions and a super support team that included kayaker Daniel Walsh and on the boat, Catherine Fravalo and Dan Walsh, the father of John and Danny who has lived on the island during her childhood. This is a great memory of Ireland.”

The prison island swimmers include: