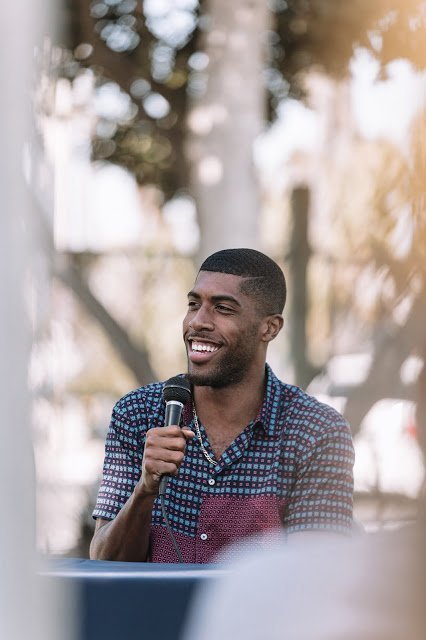 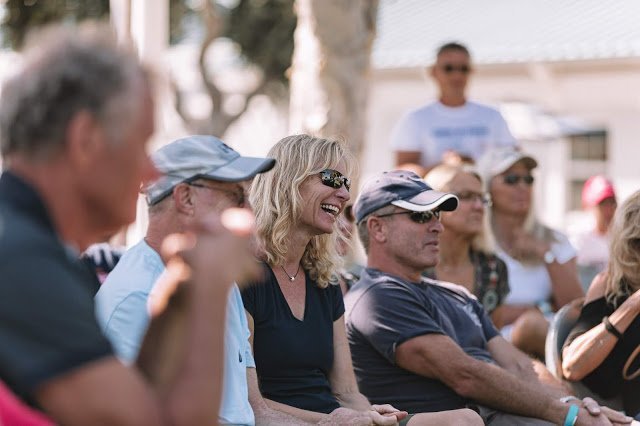 Jamal Hill was brutally honest how he faced his childhood paralysis and degenerative disorder Charcot-Marie-Tooth throughout his swimming career at an inspirational talk at the WOWSA Ocean Fest in Redondo Beach, California this weekend.

“The crowd was totally engaged and focused on this sprinter with personality plus,” said Steven Munatones.

“Hill described his mindset and his physical disabilities from the time he was a child competitive athlete to this summer when he won a silver medal at the Parapan American Games 50m freestyle Some of the audience said his words – of courage – nearly brought them to tears – and also made them laugh and think about their own potential.”

Hill, from nearby Inglewood, spoke at the 2019 WOWSA Ocean Fest in Redondo Beach, California – and will be a featured speaker for years to come.