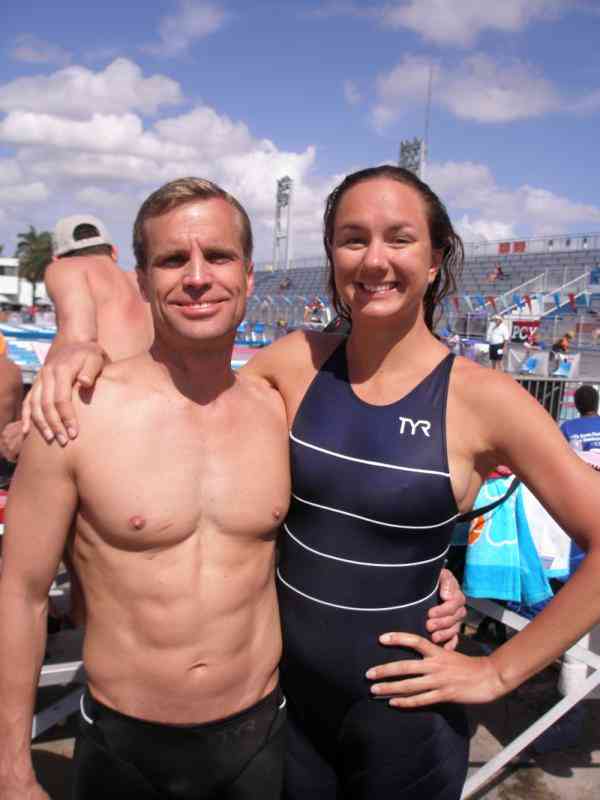 The winner of the 2016 U.S. Masters Swimming National 10-mile Open Water Swimming Championships in Lake Memphremagog, Vermont (4 hours 10 minutes) is a lifelong swimmer (age-group, collegiate, masters) who volunteers his time and talents to create the timelines for all the U.S. Masters Swimming open water and ePostal national championship events.

“I wanted to give back to the sport that has given me so much. I became active with the Wisconsin Local Masters Swimming Committee and became a board member as the open water and long distance chair in 2012,” he told Kristina Henry.

The events that he helps organize include:

James Biles is shown above with Jessica A Connors.