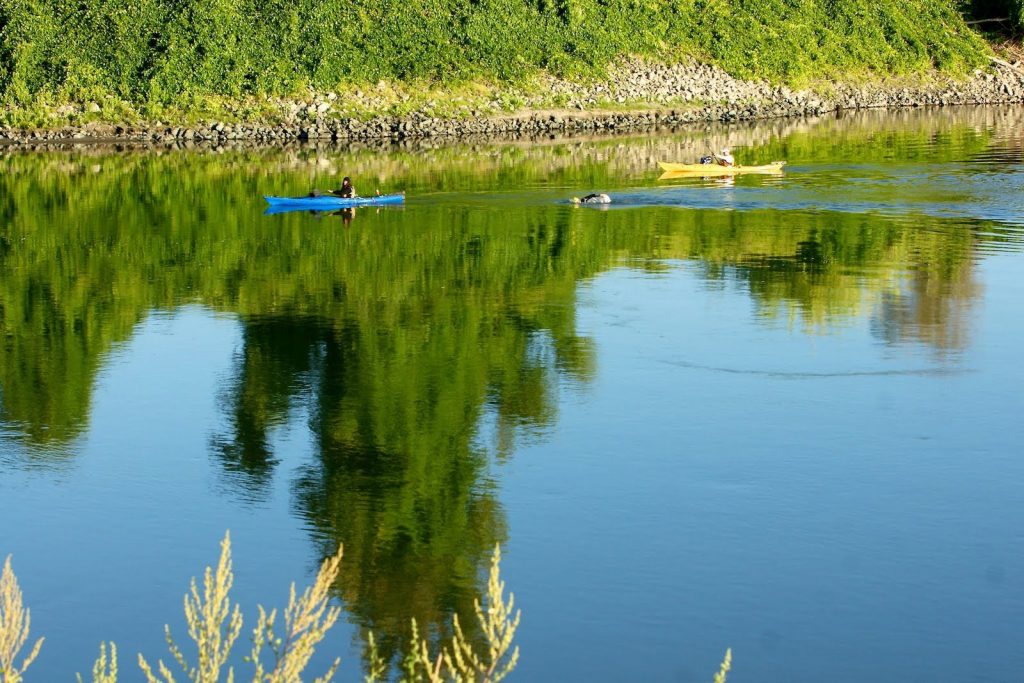 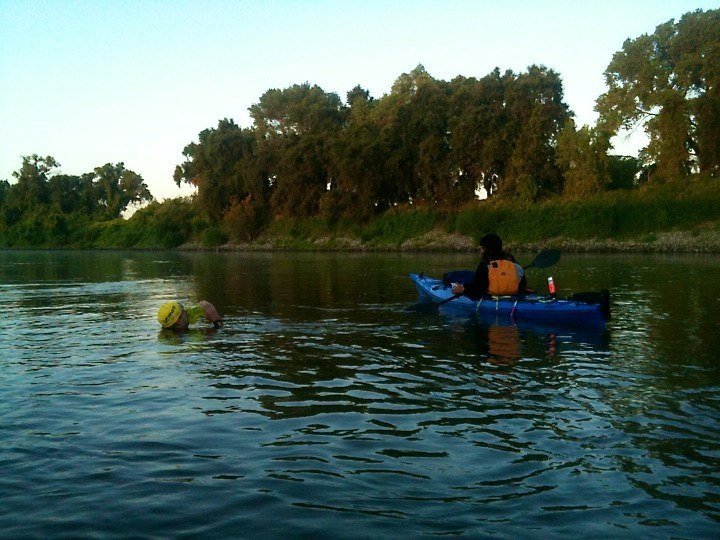 Like other ultra-marathon swimmers, Patrick‘s adventure required years of planning and physical and mental preparation. “I had a difficult night. I didn’t think I’d get through it, but it was a pretty magical swim.”

Similar to ultra-marathon swimmers of old (i.e., pre-1970s), Patrick propelled himself with a mix of regular food and adequate hydration. However, unlike many contemporary swimmers who sustain themselves with packaged gel packs with scientifically-proper measurements of carbohydrates, proteins and fats, Jamie swam while eating normal food.

But he also had the advantage working with Dr. Eduardo Dolhun, an innovative physician from Stanford University, who took blood samples from Jamie’s finger every four hours. His nutritional intake changed according to those results. He also had the advantage of wearing a wetsuit that helped reduce the fluctuation in core body temperature, especially important in determining a feeding and hydration schedule.

Jamie explained, “The design of my nutrition plan was simple in design. The goals were also simple. 1. Avoid Gastro-Intestinal stress 2. Stay hydrated. 3. Take in enough calories to maintain energy levels.”

He fed every 20 minutes which is consistent with the experienced professional marathon swimmers. “When the body goes too long without refueling it begins to break down. I found that 20-minute intervals suits me perfect. During each of these feeds, the goal was to bring my body back to vertical and lower my heart rate before putting food in. This took about 45 seconds.”

Because the human body has difficulty in beginning its digestive process when horizontal or floating on one’s back or stomach, “I took in approximately 185 calories per feed and about 550 an hour. We used Nalagine bottles for hydration which allowed us to make sure that we took in the adequate amount of fluid. I only used water and Dr. Stacy Sim’s Secret Drink Mix throughout the swim. We made sure that no less than 250 ml of hydration was taken during each feeding.”

As for the blood testing, Jamie was only able to draw blood three times because he was not able to hold steady in the water and he did not want to touch the kayaks. So while good in planning, blood testing did not practically play a significant roll in the nutrition plan. However, Jamie strictly followed Dr. Sims’s detailed plan.

“We avoided all processed food throughout the entire swim. Even at one point when the crew could not reach me with the proper electrolytes and I was offered Gatorade, we elected to pass due to the high sugar content.”

Jamie’s nutrition plan was tested during a single 22-mile crossing of Lake Tahoe – swum a few weeks prior to his Swimming California effort. “I emerged from this training swim full of energy and knew I was set for the 111-mile effort in the Sacramento River. Too many times endurance athletes fall into the hype of processed nutrition products. They are great for shorter events, but ultimately will cause stress over periods of 12 hours.”

The basis for the plan included turkey sandwiches with no dressing or cheese. The sandwiches were cut into four manageable bites for ease of eating day or night. His menu also included salted potato wedges, penne pasta, pretzels, chicken soup, rice balls with scrambled egg, almond milk, dark chocolate, glucose tablets, whey protein and jelly beans. “It became very bland over the hours, but it worked. I craved flavor, but anything with flavor has the ability to upset my stomach. Fruits, even bananas, have acid in them and can change the stomach’s chemistry very quickly. In addition, I took 2 Tums antiacid tablets every 40 minutes during the last six hours to help my stomach settle.”

He avoided ibuprofen-based pain medication and stimulants such as Coke or Red Bull. And his menu and plans worked well. “Paramedics met me at the finish. They did a blood test to determine if I needed to go to the hospital. The result came back almost normal on every level. The paramedics said even my glucose was normal.”

But a 31-hour swim is still 31 hours of constant exercise and it takes time to recover. “I still am very tired and my body feels like I am swimming,” said Patrick three days after his swim. “I have aches and pains everywhere, but it is a reminder of this amazing journey. I truly believe that by using solid foods, avoiding processed foods and sticking to the plan this swim was successful. Once the swim was completed I ate a bacon cheese burger and fries. I then proceeded to fall asleep in the bathtub at home. What a great adventure.”