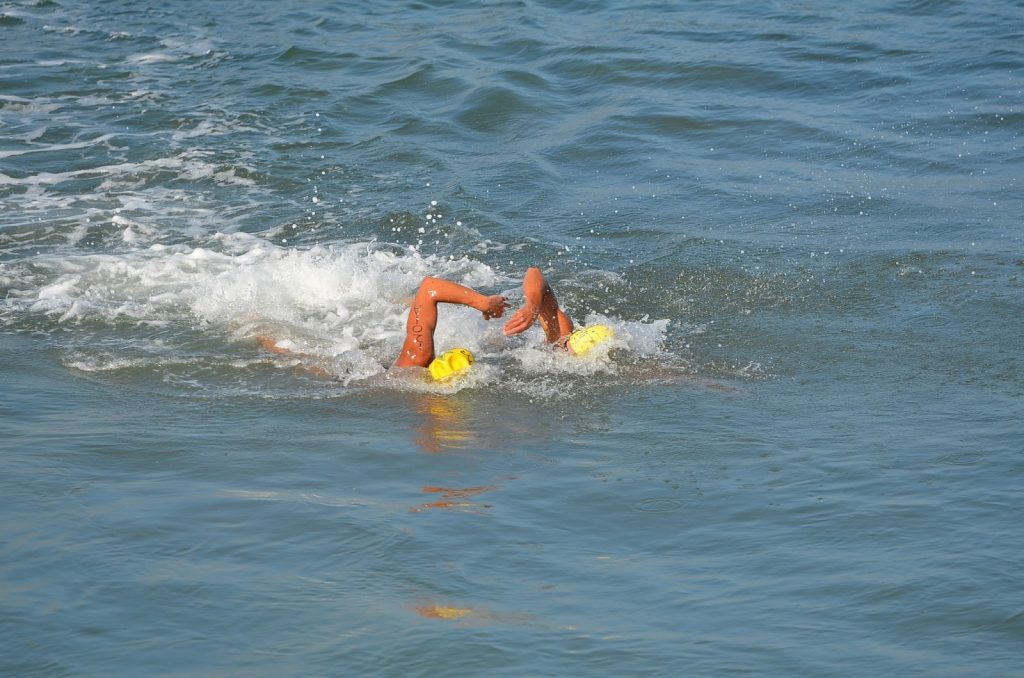 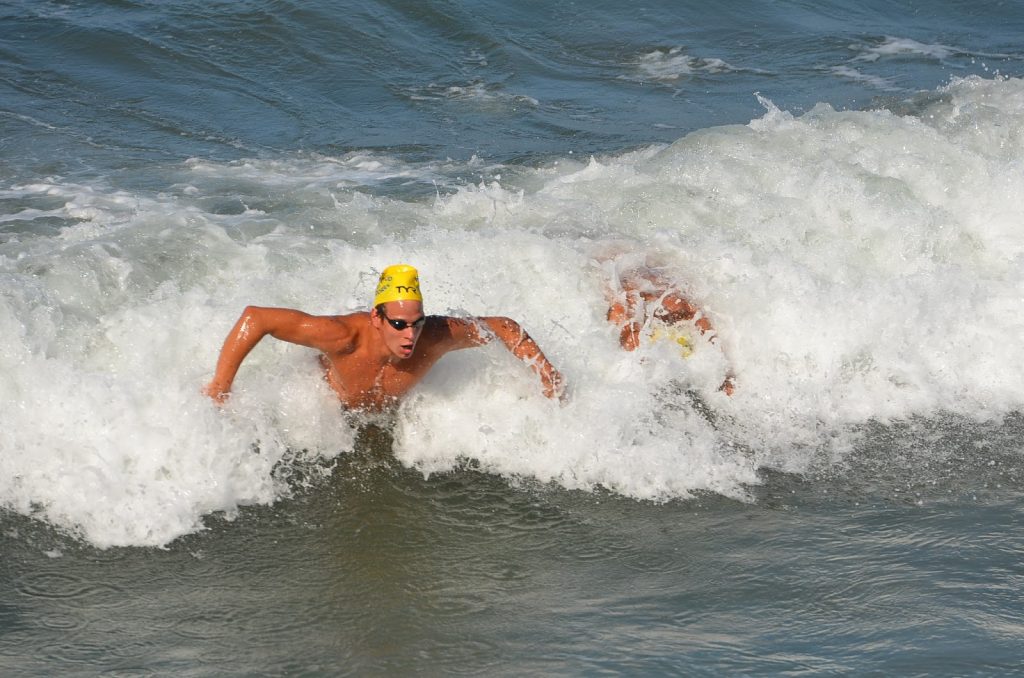 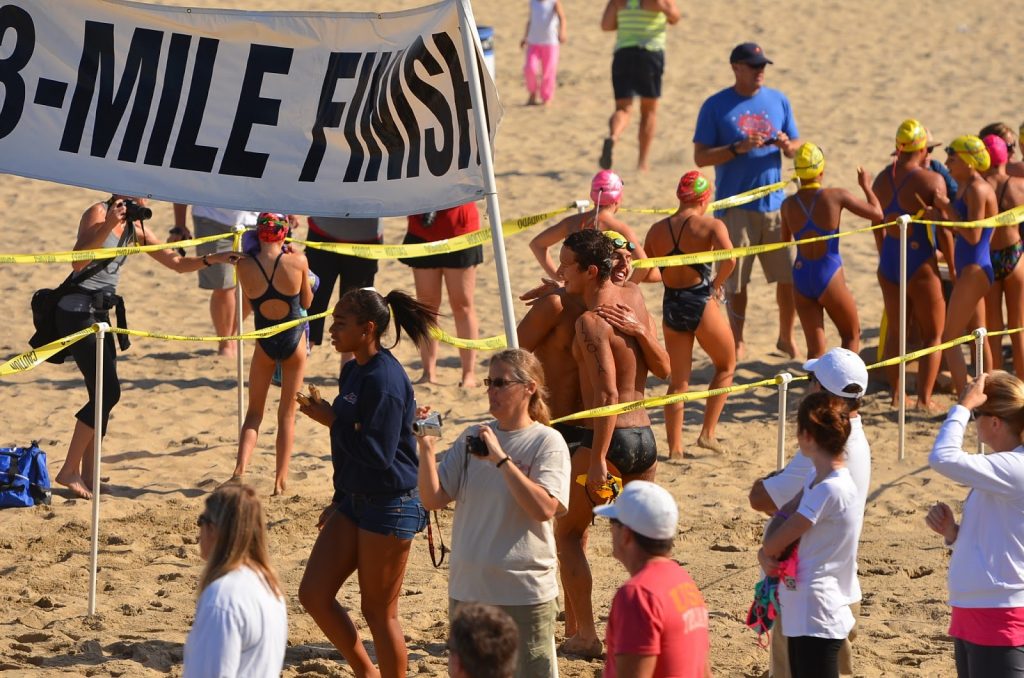 The men’s 3-mile race at the Seal Beach Rough Water Swim was a classic ocean competition that culminated in an exciting onshore beach finish.

Stroke-for-stroke the two distance freestyle specialists never let the other gain the upper hand as they rounded the T-shaped course in Seal Beach, California.

As the two college swimmers can barreling down the side of the wooden pier, it was clear that whomever caught the best wave coming into the onshore finish would win. Both men caught a great wave and powered through the shallows.

But the Poland-born Daniec just stood up slightly ahead of O’Connor after the body surfing contest, and began his run up the beach a few steps ahead. Once on terra firma, Daniec sprinted up the hard-packed sand and hung on to the victory. They had both given it their all with Daniec winning in a blazing fast time of 55:53.50 to O’Connor’s 55:56.02.

With a deep friendship born out of many main sets down together, the two collapsed at the finish with a hearty man hug of mutual respect.