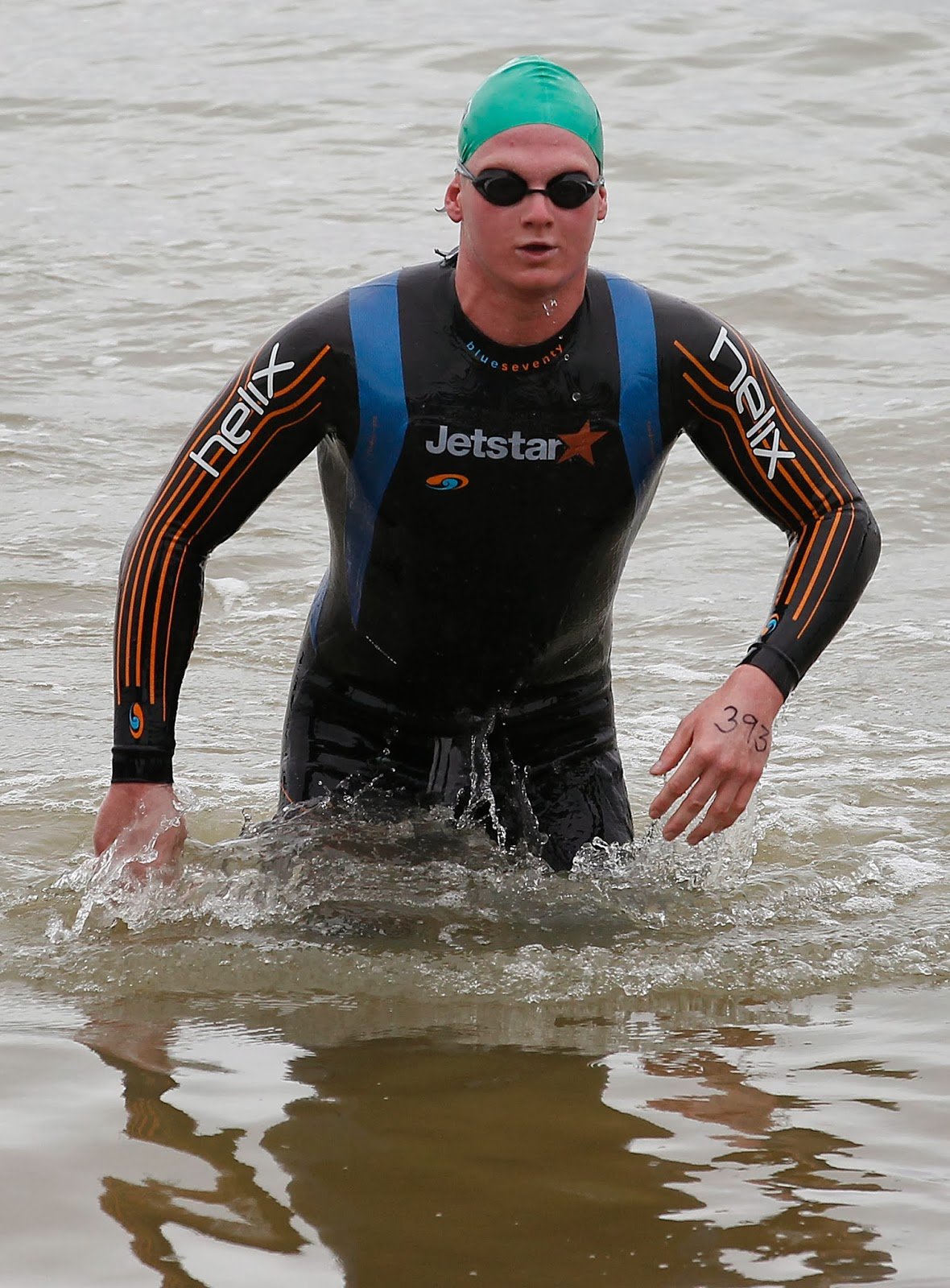 The race was held in choppy conditions, thanks to strong nor-east breeze of between 15-20 knots. Poort ploughed through the water in a very impressive style, drafting within touching distance of Ryan who led through the first half of the race.

“I just wanted to jump on Phil’s feet, stick on his feet for a while, and then see if I could get around him and it worked well.”

Poort made his move about 1500m out from the finish, demonstrating the same strategy that saw him finish in fifth place in the 5 km open water race at this year’s World Championships in Barcelona.

“I actually wanted to make my move a bit later. I thought I was closer to the finish than I was, and when I pulled away I realised I still had a bit to go, but it still ended up working out. I’m definitely happy to get the win to get my overall points up in the series … I needed the win today after getting third in the first one,” Poort said.

Despite finishing second Ryan was still happy with his effort. “I wanted to go out hard and just attack it. When Jarrod went for it, I tried sticking with him but he kicked away in the swells. I tried chasing him down but his speed helped him pull away.”

Photo of Jarrod Poort by Simon Watts of BWMedia Photography.