Jason Snell On Achieving The Peak And Pond Challenge 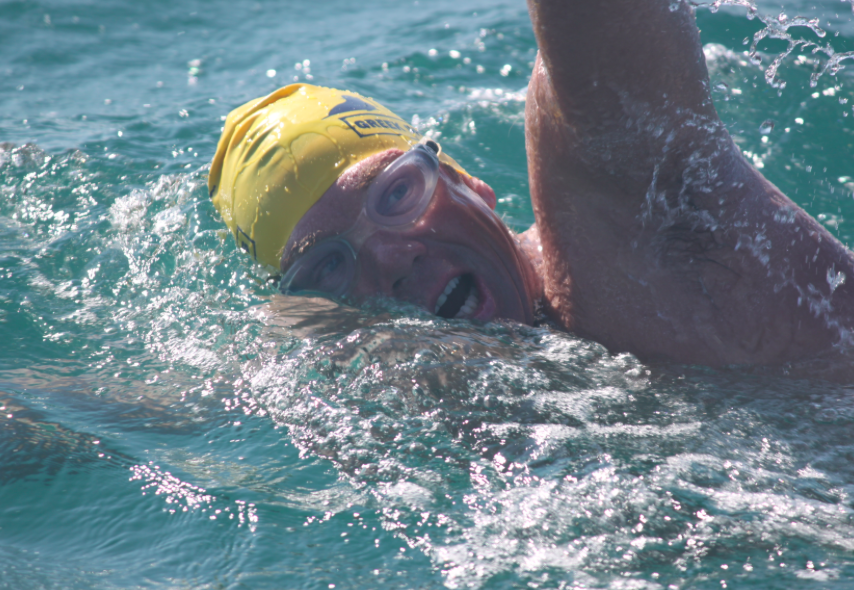 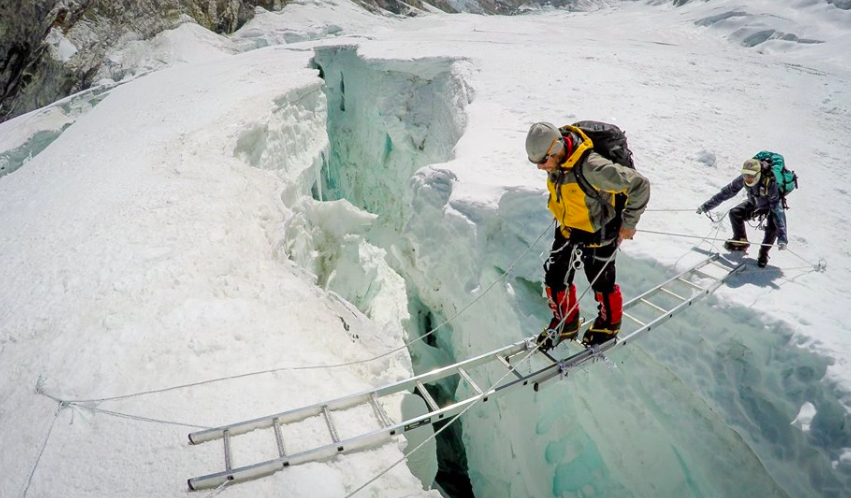 The Peak and Pond Challenge is an exclusive achievement by endurance athletes who have both climbed Mount Everest and swam across the English Channel.

Snell summited Mount Everest in May 2016 and within 16 months, crossed the English Channel in September 2017, finishing in 16 hours 30 minutes. He talked about his dual challenge:

Daily News of Open Water Swimming: What motivated you to attempt and achieve the Peak and Pond Challenge?

Jason Snell: I was aware of the Peak and Pond Challenge before I summited Everest, but being fully aware of the many variables of climbing the world’s highest mountain, I didn’t think it possible until I returned home. Wanting to stretch myself in two such diverse disciplines was my motivation.

Daily News of Open Water Swimming: Do you see yourself as more of a mountaineer who swims or a swimmer who climbs?

Jason Snell: I see myself as a good all-rounder. I’ve met so many wonderful people from both camps during the past two years that have invested a lifetime honing their skills within their sporting fields. Humble and unassuming, with a catalogue of achievements, that have encouraged and inspired me to reach my goals.

Daily News of Open Water Swimming: What is your athletic or endurance sports background?

Jason Snell: I feel a large percentage of my ability to endure has come from 35 years in the construction industry. I have very rarely missed a training session before or after work. A physical job, a healthy lifestyle, and training sessions tailored towards my goals has always stood me in good stead.

Daily News of Open Water Swimming: Were you swimming at the time you were training for your Mt. Everest summit?

Jason Snell: I did use swimming as a training tool while preparing for Everest. I swam 1 km three times a week breathing every 7-9 strokes, trying to increase my lung capacity. I didn’t start swimming until after I had major back surgery at the age of 40. My surgeon advised me to take up swimming as part of my recovery. He couldn’t believe it when I presented him with my solo crossings jersey given for the Rottnest Channel Swim. I had a shoulder operation shortly after and vowed never to swim long distance again. That changed when I returned from Everest.

Daily News of Open Water Swimming: Did your preparation for and summit of Mt. Everest help you physically or mentally for the English Channel crossing?

Jason Snell: My preparation for Everest didn’t help me physically with my swim of the English Channel. I returned from Nepal having lost 9 kg and exhausted. I booked my Channel crossing within two weeks of returning home in early June, but didn’t start my swim training until the November 11th 2016, Remembrance Day. Did it help me mentally? Yes. Over the previous six years, my experiences in the Himalayas have taught me to tolerate discomfort and endure miserable situations for extending periods of time. This acquired mental strength definitely helped me through my 16 hours 30 minute crossing.

Daily News of Open Water Swimming: How can you describe the relative difficulty of each achievement (i.e., summiting and swimming)?

Jason Snell: I feel the two challenges are so different that it’s very difficult to say which one is harder. I found the solitude of swim training very difficult. 2-4 hrs a day, longer at the weekend, locked in your own head space. For others, the ladders in the ice fall would be a deal breaker.

Daily News of Open Water Swimming: How can you describe the final achievement of each (i.e., standing on top of Mt. Everest and taking the last stroke and standing on the shore of France)?

Jason Snell: There was no fist-pumping moment when I summited. I knew how far it was to get back down. Once I was with my family away from the dangers of the mountains, I allowed myself a smug grin. Swimming the Channel was my aim, Peak and Pond was my goal. Signing the ceiling at the White Horse Pub in Dover with my wife and crew was a very special moment.

Daily News of Open Water Swimming: Did you eat and drink similar things climbing up Mt. Everest and swimming across the English Channel?

Jason Snell: I didn’t eat similar things during Everest and the Channel. However, I did have the same bad food choices before each. In a position most would envy, I was eating whatever I wanted whenever I wanted. Both challenges requiring extra body fat.

Daily News of Open Water Swimming: What do you do now (in the extreme/adventure/endurance sports world)?

Jason Snell: Marathon Des Sables in 2019. I need a year to save up.

Daily News of Open Water Swimming: Do you know well the biographies of Sir Edmund Hillary and Captain Matthew Webb? Do you see any similarities between these two icons of their respective sports?

Jason Snell: Shamefully, I have read neither. I’m not one to over-analyze things before taking them on. Having now I’ve been fortunate enough to be successful in both I will enjoy reading the story of these great men. We all stand on the shoulders of others. Webb and Hillary have very broad shoulders.