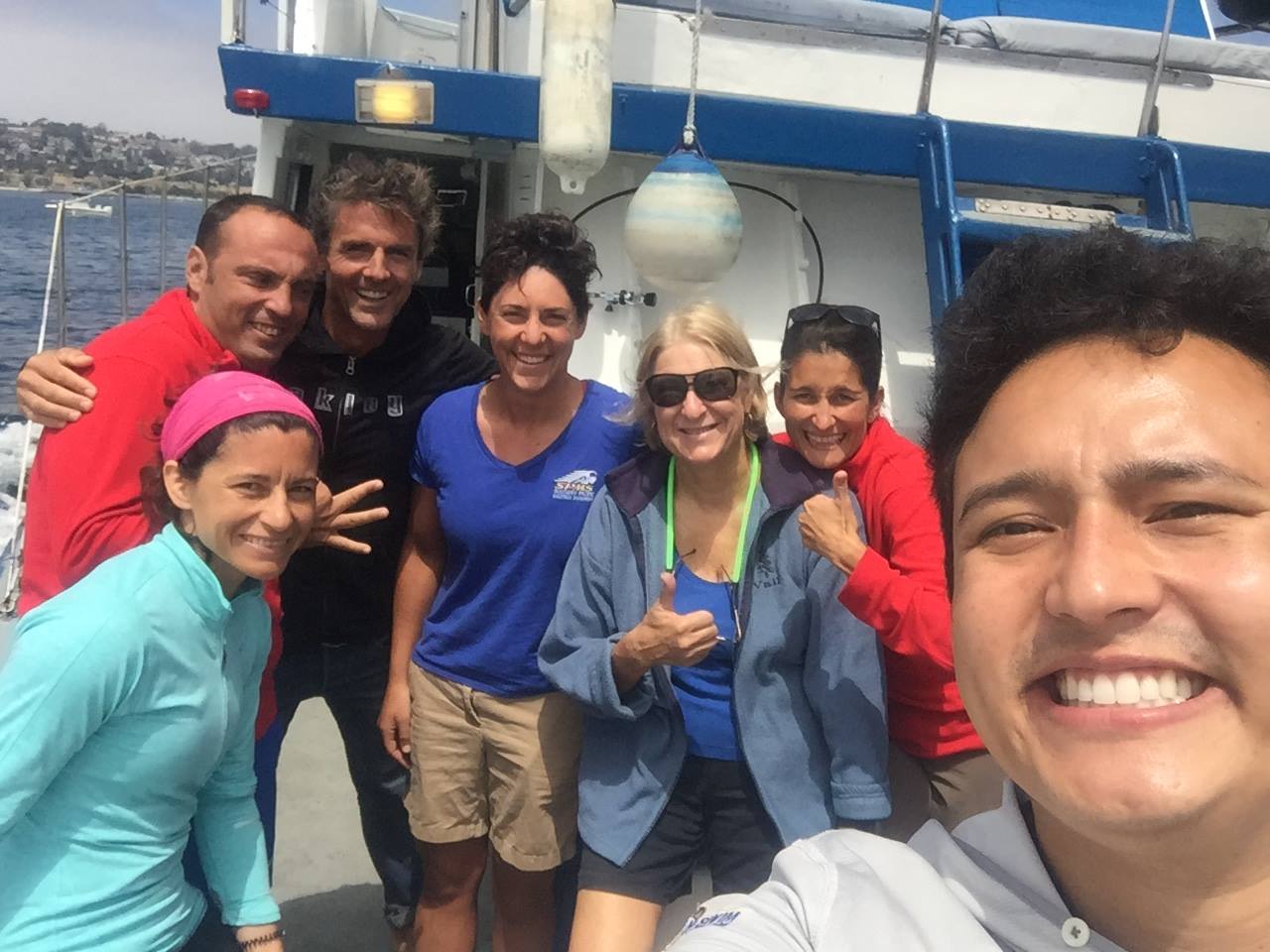 Mérida completed his Catalina Channel crossing in 11 hours 40 minutes. “Javier’s swim marks a significant milestone for Spain and the international marathon swimming community as he became the second disabled person* in the world to achieve a Triple Crown of Open Water Swimming. Javier completed his English Channel swim in 2013 and swam around Manhattan Island in 2014. He also completed a swim across the Strait of Gibraltar in 2011. Javier also actively participates in paratriathlons.

Robin Hipolito and Linda Bamford were on board as Catalina Channel Swimming Federation observers and Jax Cole opted to switch roles from observer to support paddler this round. Javier was accompanied by his wife, Esther, and Rosa Sánchez, his trainer, doctor and nutritionist.“

* Using the specifically defined categories of physical impairment of the International Paralympic Committee – that also includes vision impairment – James Pittar of Australia, who is blind, was the first disabled person to complete the Triple Crown of Open Water Swimming.