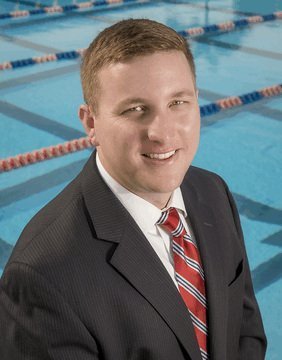 He used that local marine knowledge and experience, and a whole lot of hard work at the Sarasota Sharks Masters to fuel his victory at the Tampa Bay Marathon Swim on Earth Day.

His time was the sixth fastest crossing in the race’s 20-year history.

“After opening an early lead, Jay was able to maintain his advantage all day and eventually made it to the finish line one hour before the rest of the field of competitors,” described race director Ron Collins about the Manager of Business Development for U.S. Masters Swimming.

31-year-old Heather Roka from Ft. Myers finished first among women to complete the Floridian sweep. “She overcame early adversity and cruised to the finish line and finishing in 11 hours 16 minutes. A brisk headwind challenged the competitors early in the race, as Roka’s coach, Alexis Price, navigated and cheered from her escort powerboat after being forced from the water due to kayak malfunctions.

Four of the five relay teams jockeyed all day for position atop the leaderboard, ending in a virtual dead heat within minutes of one another. The Mad Milers relay team finished in 9 hours 26 minutes, followed closely by Parcells Paddlers, Swim Guzzlers, and Bizzaro World.

Water temperature was 77°F/24°C and the strong incoming tide assisted the swimmers as they traveled from the south end to the north end of Tampa Bay. There was a slight to moderate chop on the water at the 7 am start time, as swimmers and crew went directly into a headwind of 8 mph. The winds calmed by mid-day, but the waters became choppy again after 3 pm when the westerly sea breeze kicked in as the top competitors neared the finish line.”

Collins said, “Competitors from Since the 24 Mile Tampa Bay Marathon Swim was first staged in 1998, it has drawn competitors from across the United States, Great Britain, Guatemala, Italy, Mexico, Australia, Ireland, Japan, Switzerland, Baliwick of Jersey, Argentina, Dominican Republic, Germany, India, Canada, and the Cayman Islands has competed in the race since 1998, held annually in April in celebration of Earth Day.”