Jeannie Wrightson Made Waves Among Lifeguards 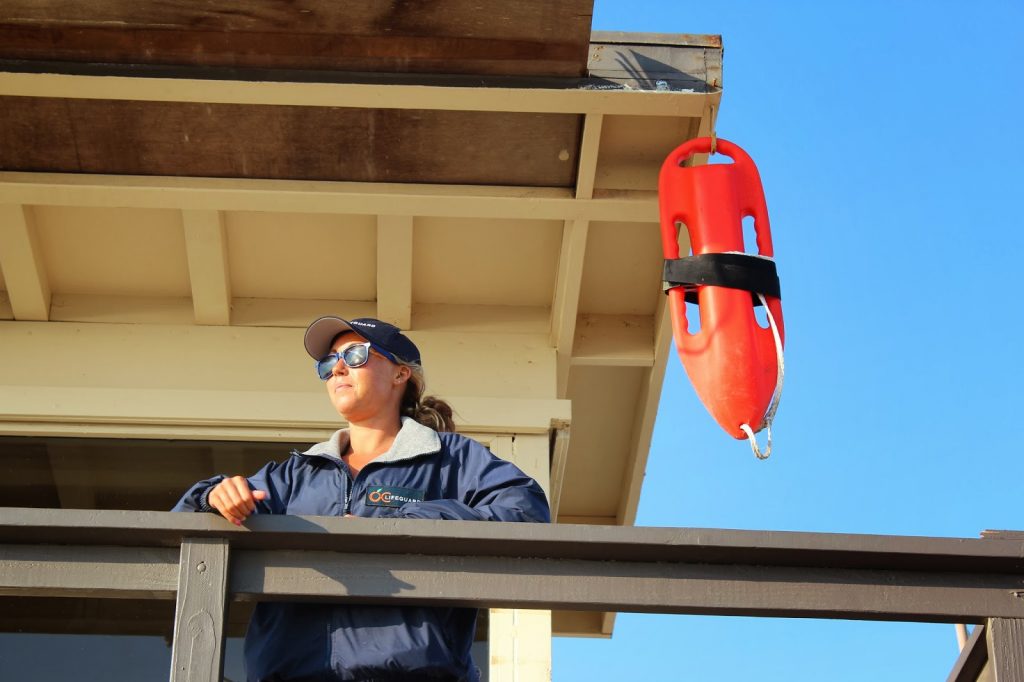 Up until the mid-1960s, lifeguarding in Southern California was a male-exclusive profession.

Women always flocked to the sandy coastlines of California. They were frequently featured in movies, commercials, and television programs. From Greta Andersen to Florence Chadwick, they confidently swam along the shores. They just were not charged with occupying the lifegurad stations that dots the beaches from Santa Monica to Cabrillo Beach.

“We just were not allowed to apply for lifeguard positions,” recalls Jeannie Wrightson (née Acosta). “I used to love swimming and paddling along the beach around Santa Monica.”

But Wrightson quietly changed that equation in 1965. Her unassuming acceptance as the first female lifeguard in Los Angeles County changed the opportunities for the multitude of females who followed in her trail-blazing footsteps.

“I finally decided to apply to be a lifeguard. They just let me apply and passed me. They must have figured, ‘OK, it’s just one girl.’. I passed the test and they let me guard.”

And like thousands of her male colleagues, she worked at her new profession and loved the responsibilities and lifestyle. “Those were great times. But we had to worry, of course, of jellyfish, rips, and sharks. The old guards used to tell us to definitely not get in the water if we got a cut or anything. They would wrap wounds up in a bandage and then spray this kind of sealant on it so the sharks wouldn’t smell the scent of blood. But we never really had any shark problems.”

With her bare feet and red lifeguard swimsuit, combined with her commitment and sense of responsibility, Wrightson paved her way for herself and many other who followed behind in her wake.

Photo shows Lexie Kelly on duty in Sunset Beach, one of the hundreds of female ocean lifeguards currently employed throughout Southern California.