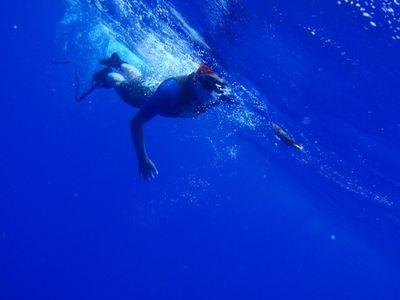 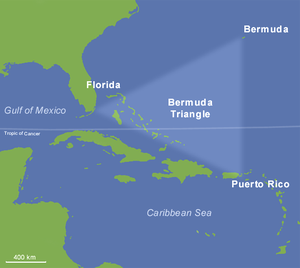 Many ships and aircrafts have been mysteriously and supposedly disappeared under unknown circumstances in the Bermuda Triangle or the Devil’s Triangle in the western part of the North Atlantic Ocean.

While numerous television programs, books and online sites talk about this unresolved mystery, reputable sources dismiss the concept that these missing ships and aircrafts disappear due to extraterrestrial beings or supernatural circumstances.

Jennifer Figge is going to slowly have a look and a swim through the Bermuda Triangle like no other human before her.

Figge will begin her Bermuda Triangle Swim on November 2nd from Grand Bahama Island and head towards Bermuda, approximately 1,000 nautical miles away. It will take her an estimated 12 days of alternatively swimming, resting, eating, sleeping, and riding the current in what can be a wild ride.

Figge and her crew of Captain Tamas Hamor, first mate Sara Hajdu, Captain Bill Ray, and Captain Levente Aranyos, left today from Key Biscayne, Florida and are sailing overnight to Grand Bahama Island. br>
“I will start the swim on November 2nd at 10 am, swimming with the outgoing tide, from the West End Point and head towards Bermuda.

We had to change the starting point due to continuing forceful wind of 20-30 knots over last few days.

There is also a cold front on the radar coming in a few days against the Gulf Stream so probably we have to try to get out of its path to be on the safe side. The forecast for that is 30 knots of wind with up to 12-foot waves. It will be wet n’ wild

There are taking a 46-foot catamaran, S/V Amadeus in what could be one mightily scary stage swim.