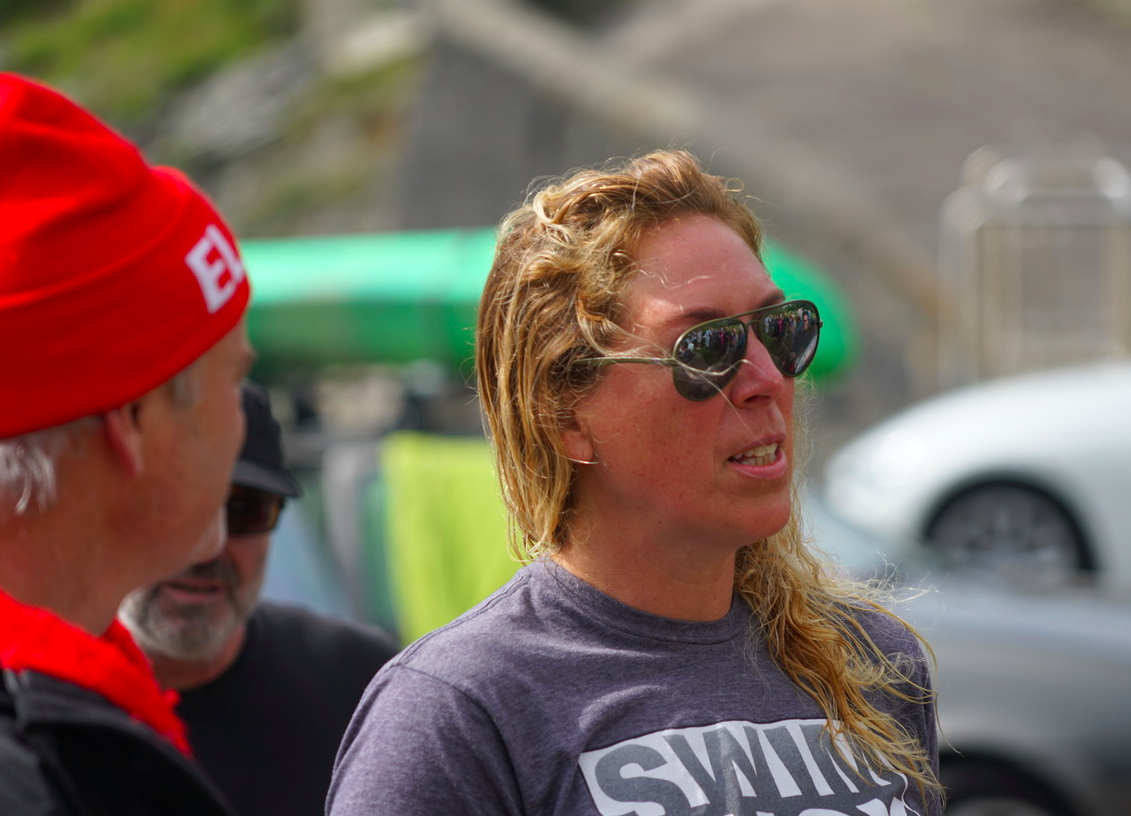 “There was no current assist and there were big swells due to wind. The hardest part for me was the hot water temperature, 74-75°F (23+°C). Fortunately, my crew Stephanie and Craik Davis, escort boat captain Doug Dougherty and kayaker Jeff Flomsbee, observer Andy were superb and made up for the tough conditions.

This is the allure of open water swimming: unpredictable and swimmer versus nature
.”

“It was a crazy hard swim, but it was a first class swim [that was] very well orchestrated and executed.

Jeff Flomsbee had mad kayak skills and mother bear instincts to protect [me] from helicopters, sea planes, ferries, cargo boats, vessels and a dead rat. My boat – the Juggernaut – piloted by Captain Doug Dougherty was an invincible force warding off dangerous collisions especially the cluster at 600 meters to the finish. My Baylor Tri Masters crew and swim mates, Stephanie and Craik were relentless in the heat and sun to keep encouraging me, keeping me hydrated and fed, and provided me with the strength to keep on swimming.