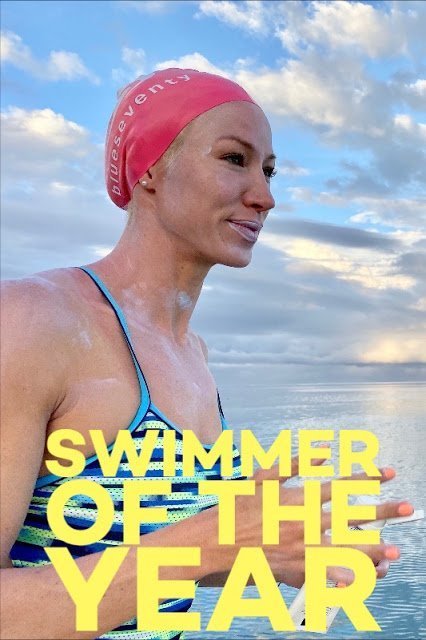 Australian Jessica Evans of Brisbane is training for an unprecedented 4-day stage swim around Moreton Island in her native Queensland next March.

She has prepared by swimming very well in Tahiti, Bora Bora and Mo’orea this year.

Her achievements led her to be named the 2019 Samoa Events Female Swimmer of the Year.

Seti Afoa explains about her exploits, “She set a new record from the 21.2 km Maeva Beach, Punaauia on Tahiti to Vaiare on Mo’orea in 5 hours 45 minutes on October 5th. A week later, she won the 23 km circumnavigation swim around Bora Bora in 6 hours 59 minutes on October 12th. She also won 1.8 km Tahiti Swims from Maeva Beach to Manava Suite Resort in 24:25.

Photo shows Evans on the morning of her record-breaking swim Tahiti to Mo’orea in October.