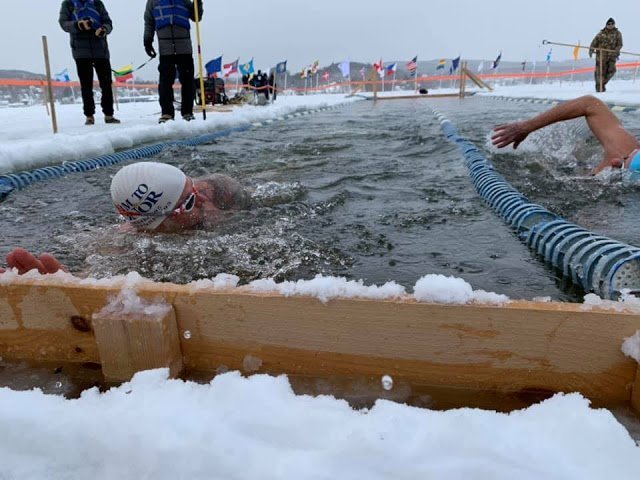 46-year-old Jim Loreto is following in the wake of iconic personalities in the sport of open water swimming:

Loreto is shown above at the Memphremagog Winter Swim Festival.