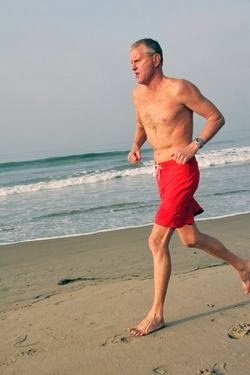 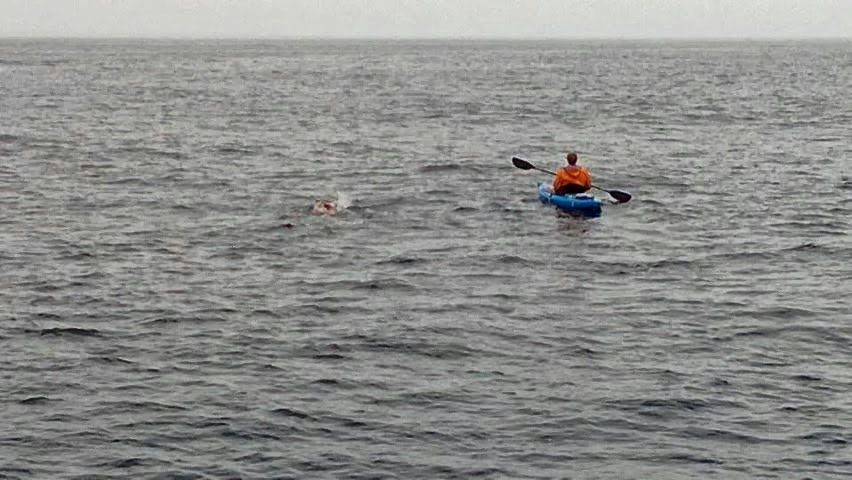 Since he was a teenager, Jim McConica has been a role model.

As he developed into one of the world’s fastest freestylers in college at the University of Southern California and become one of history’s greatest masters swimmers in both the pool and open water, he has more importantly served as a mentor and training inspiration.

Mild-mannered yet intense, friendly yet competitive, proud yet humble, McConica is an icon in the sport. In his youth, he won 6 NCAA titles, was a 5-time Pan American Games swimmer and set a world record in the 800m relay in 1971. In his early years of channel swimming, he had a piece of Catalina Island nicknamed after him: McConica Cove. And as he enters his sixth decade of swimming, McConica continues to inspire and swim fast. Very very fast.

This September, he was the first to break the 9-hour mark (8:59:58) in setting a new record from Santa Cruz Island to Oxnard on the California mainland.

His Santa Cruz record for the veteran channel swimmer did not come easy. McConica has great technique, but results come from effort: day in and day out.

The miles he has put in the pool are legendary with 100 x 200 training sets and 32,000m workouts as well as the hundreds of miles spent training in the Pacific Ocean.

He is, quite simply, ageless.

But he also more importantly he shares his swimming passion and continues to encourage those younger than him – by decades – to enjoy the sport. He has time for everyone and he has advice, tips and hints to motivate those around him as one of this year’s nominees for the World Open Water Swimming Man of the Year. His nomination reads, “Records are meant to be broken and that is what Jim McConica does. In the pool and the ocean, domestically and internationally, from Anacapa Island to Santa Cruz Island, 62-year-old Jim McConica has been setting standards for decades. While his track record of success is impressive, his records will not last as long as his undeniable legacy of helping and motivating his peers and younger generations of swimmers. Day in and day out, McConica remains the inspiration in his home pool in Ventura, California and neighboring Pacific Ocean by working out and helping out. For his new world record set over 19 miles from Santa Cruz to the California mainland, for his indescribably fast, intense daily workouts that inspire others, for his undeniable leadership among pool and open water swimmers, both young and old, Jim McConica is a worthy nominee for the 2013 World Open Water Swimming Man of the Year.“

McConica joins the following nominees for the 2013 World Open Water Swimming Man of the Year: