Jim McConica, A Master Of The Pool And Open Water 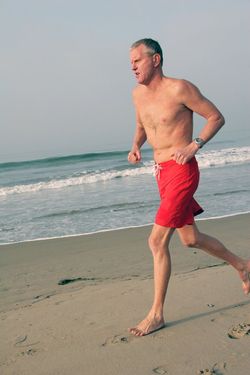 If it involves water – fresh or salt, chlorinated or cold – Jim McConica is at the top of his game.

As the swimming community collectively nodded its head in agreement, Swimming World Magazine announced the 62-year-old McConica as one of its Top 12 World Masters Swimmers of the Year.

A world-class swimmer for over 40 years, McConica has set his share of world records from short course meters to channel swims.

A member of the Ventura Deep Six, McConica has surrounded himself with the ultimate pod – a group of like-minded, hard-working, adventurous group of pool and open water swimmers who push themselves as much as they laugh together.

Instead of a guy’s night out, they have a guy’s morning set where McConica regularly proposes a challenge and the rest of the pod explore the boundaries of what is possible.

Their collective effort took 4 days 5 hours 39.53 minutes and garnered them the 2010 World Open Water Swimming Performance of the Year.