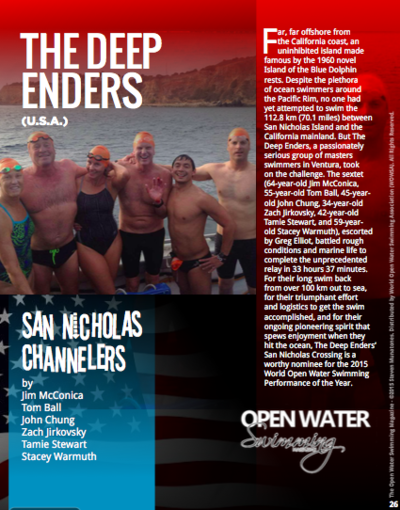 Jim McConica has always been fast – and he continues to break an increasing number of barriers the more years he puts in the water.

The conditions or the venue do not matter. Whether or not, the water is warm or cold, indoor pool or rough ocean, McConica is a drop-dead record-setter – but more importantly, he also serves as a motivational teammate who attracts others to join in.

McConica’s enthusiasm for pool and open water swimming and continuous assault on the FINA Masters Swimming record books were recognized by Swimming World Magazine that named the Californian one of its Top 12 World Masters Swimmers of the Year.

The balloting is based on the FINA Masters world records that were set during the period between November 1st 2014 through October 31st 2015.