Jim Whelan, The Legend Of Atlantic City, Passes Away 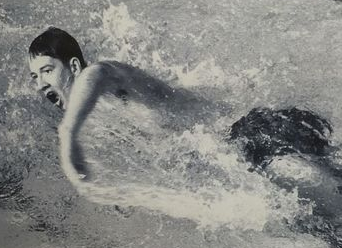 Jim Whelan, an Honour Administrator in the International Marathon Swimming Hall of Fame who organized the Atlantic City Around the Island Swim, passed away at the age of 68 due to heart attack at his home.

Sid Cassidy remembers the force of nature who served as a local politician for 31 years. “Jim had announced his retirement from politics at the end of this term – [but] he never got there and spent more than three decades as an active politician.

Jim convinced me to travel to La Tuque, Canada to be his partner in the 1978 24 Heures La Tuque. He single handily re-instituted the Around the Island Swim in Atlantic City and served as an officer in the World Professional Marathon Swimming Federation in the late 1970’s.

Jim Whelan was the only reason I ever got involved in marathon swimming – he was an amazing inspiration to me and to many. [He was] truly one of the great ones gone way too soon

The former State Senator from south Jersey and Atlantic City teacher served as the Mayor of Atlantic City between 1990 and 2001 while also serving as a member of both the New Jersey state Assembly and Senate.

He was also a lifeguard and a member of the Atlantic City Beach Patrol. After his own solo swim around Absecon Island, he re-established professional marathon swimming in the United States in the 1970’s. In addition to providing the political clout that greatly assisted the promotion and support of the professional swim, Mayor Whelan fully supports masters swimming and age group swimming and supported events like the Miss America Pageant Swim.

“The Atlantic City Swim – which Angela Maurer once described as the hardest race in the world – had flourished from 1953 to 1964,” recalled Steven Munatones. “But then it ceased to exist until Mayor Whelan came onboard and revitalized it in 1978. Under his leadership, the race went strong throughout the 1980’s and into the 1990’s when the crème de la crème of the professional marathon swimming world descended upon Atlantic City for a race that went from cold to warm, turbulent to tranquil for 37 km in and around Absecon Island.”

Whelan also rowed for and served as the escort and coach for several renowned professional marathon swimmers including Claudio Plit and Samantha Chabotar. His knowledge of the currents and tides have proved invaluable to many swimmers escorted.

Whelan was the 1993 recipient of the Glen S. Hummer Award, a USA Swimming award given to the individual who makes the greatest contribution to the open water swimming in the United States. He attended Temple University where he was a nationally ranked distance swimmer before a broken leg in his senior year that cut short his career.

Cassidy recalls that summer of 1978 when he and Whelan traveled to Quebec, Canada to compete in the famed 24-hour relay in La Tuque. “Jim was so excited to be a part of the race. He traveled north from Atlantic City in a camper van with his girlfriend Kathy – soon to become his wife – and her toddler son Richie. It was maybe a 10-12 hour drive and he was the circuit’s oldest rookie at 29.

He quickly made fast friends with all and explained that he was reviving the great Atlantic City Race – The Around The Island Swim – the following summer. He lined up commitments from swimmers and aligned the date to fit perfectly as a compliment to the famed Canadian marathon swims. He was a natural politician who put you at ease when you met him – strangers became fast friends.

Unfortunately, one of those he friended in La Tuque was a local ‘expert trainer’ who convinced him that he could guide our team to victory with his ‘coaching’ for a percentage of our winnings. He convinced Jim that the only nutrition we would need for the 24-hour swim was canned peaches. We started the race at 3 pm and the first ten hours went very well as we held down third place with a shot for second – John Kinsella and Bill Heiss were the strong favorites with a large lead – and the water dropped into the 50°F’s after midnight and we were switching positions every loop (one-third of a mile or about 7-9 minute intervals) when all of a sudden our ‘trainer’ waves me on to do a double… then a triple … then comes out to tell me to ‘sprint one more and Jim will do four.

I stopped only to learn from Kathy the truth he had been withholding – Jim had passed out and they were treating him for shock and hypothermia. I continued another five hours until they pulled me out swimming one-armed and delirious around 8:30 am.

It was an experience we came to laugh over years later when we learned of proper nutrition and training and Jim had successfully returned Atlantic City to the top of the competitive marathon world. That race around Absecon Island is still one of the greatest venues marathon swimming has ever had and with Jim’s passing perhaps a movement will begin to revive it once more in honor of the man who meant so much to so many

Paul Asmuth, who won multiple Around The Island Swims throughout the 1980’s, also remembers his good friend. “Jim and Kathy welcomed me with open arms to my very first marathon swimming race in 1980. What a shock to realize how difficult marathon swim racing would actually be. Atlantic City, in particular, offered up some of the biggest challenges with currents, rough water, cold, hot, mud, and horse flies.

Atlantic City was a venue that I loved and had the pleasure of racing at over many years. One of the main reasons that I loved Atlantic City so much was because of Jim and Kathy and how they welcomed all the swimmers from around the world. We were invited to come and swim off the dock in their backyard and they could not have been more gracious to all the swimmers and our families over many years.

Jim was such a great guy and will truly be missed.