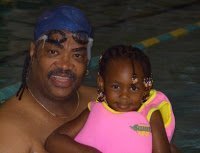 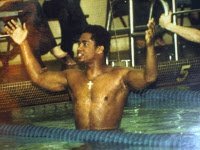 Joe is a user of the Swimsense®. Joe, like thousands of others in pools and open water worldwide, uses the Swimsense® to measure their training mileage while in the water and then uploads their workouts on the Swimsense® Training Log.

The 55-year-old swimmer from Tucker, Georgia was awarded the AquaPulse® Heart Rate Monitor for uploading the cumulative 100th millionth yard this month since FINIS started to track yardage on December 9th 2010.

An avid 55-year-old swimmer, Joe started swimming at the age 13 with the Ridge Park Swimming Club in Chicago.

Joe later earned NCAA Division III All-American honors at Wheaton College. After college, he took some time off, but got back into the water at 28. “I knew that I would do it for the rest of my life.”

Without the pressure of turning in best times or tapering for a championship meet, swimming became more enjoyable and aerobically challenging as he stroked his way to middle age. He competed a bit in his thirties, but he now mostly finds pleasure in simply pushing himself…something many open water swimmers can appreciate.

Joe enjoys his Swimsense® especially while in a meditative state on his longer swims…another something open water swimmers can appreciated. “I no longer have to keep count or wonder ‘Was that 800?’ The Swimsense® has motivated me to swim more. I love to run home, hook it up to my PC and check my graphs. I also really love the new auto interval feature.” Joe swims up to three times a week with his Swimsense®, consisting of a 1K freestyle, 500 breaststroke, 500 backstroke, and a 200 warm down.

And his Swimsense® monitors every last yard.