Joe Zemaitis, John Zemaitis Double Down Across The Sea of Galilee 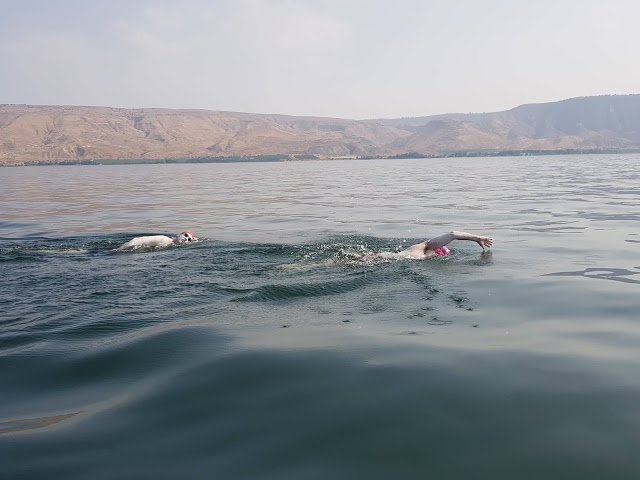 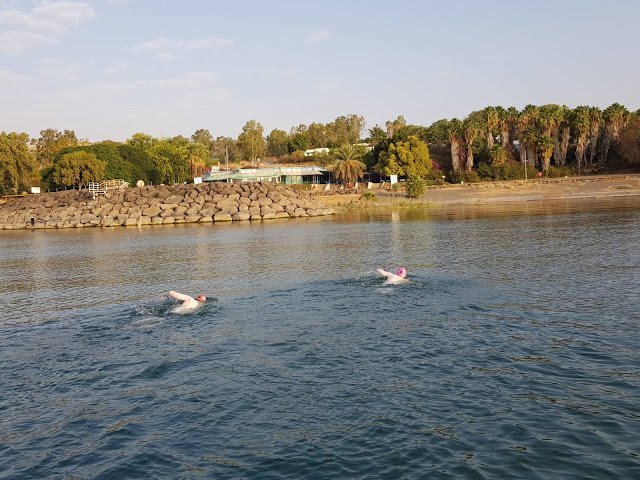 Joe Zemaitis, John Zemaitis Double Down Across The Sea of Galilee

Brothers Joe and John Zemaitis set off on history’s second two-way crossing of the Sea of Galilee in Israel in the early morning of November 15th.

The Sea of Galilee (or Kinneret) is the lowest freshwater lake in the world, 209 meters below sea level. 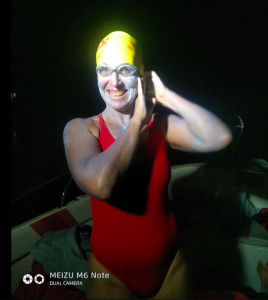 Zemaitis described the body of water, “At 21 km long and 13 km wide, the Sea of Galilee offers several possible swim routes. This hidden gem of open water swimming is surrounded by millennia of history with many biblical stories set in and around its shores. There are 31 recorded crossings with the first being accomplished in 1944 by Itzhak Yehezkel. The first 41 km two-way crossing (north-to-south-to-north) was completed on October 30th by Avishag Turek (on left) in 14 hours 54 minutes.”

After Turek pioneered the two-way crossing, the tandem solo swim by the American brothers was the first in the south-north-south direction, completing the two-way in 14 hours 52 minutes on November 15th.

Joe said, “John and I finished up our 2019 swimming year with one of the most memorable swims. We were both interested in doing a swim in Israel and were fortunate enough to connect with observer Guy Cohen and boat captain Lior Eliyahu to plan a double crossing.

It was just after midnight on November 15th when the boat pulled into position on the southern shore. We fought headwinds most of the way heading north toward Capernaum. Other than the winds, the water conditions were excellent with temperatures ranging from 22-23°C (72-75°F) for the duration of the swim.

We finished the first leg in around 7 hours 5 minutes, optimistic that we would have better conditions on the way back south. That was not to be. The winds shifted just about the time that we made the turn and the first half of the second leg was very challenging. The approximate midpoint of the swim is the city of Tiberias on the west side of the water. We saw the Tiberias city lights as we swam past it around 3:30 am on the way out and it was a welcome site around noon on the return.

Just past the midway point, after over 11 hours into the swim, the water calmed considerably, but the conditions had taken a toll and it was a quite the challenge slogging the last 10 kilometers as we headed south towards our starting point. The waning winds made for smoother water for the last few hours. We finished just in time as the winds were already back to full force before the boat had us back on the dock.

I have a feeling this will become a very popular swim in the years to come. Some characteristics of a memorable swim form me are a unique history of the area, strong local knowledge and support, enough of a challenge to make it worth the trip, and some great stories to share. This swim checks all the boxes. I highly recommend it to anyone interested.

John and I both really enjoyed this swim and want to help spread the word about a well-supported, and truly unique swim in a land full of history.”

As a result of the growth of marathon swimming both in Israel and worldwide, and a growing number of swimmers interested in swimming across the Sea of Galilee, Cohen and Eyal Schachner are launching the Galilee Sea Marathon Swimming Association in January 2020 and working towards putting the Sea of Galilee crossings on the global open water swimming map. The Galilee Sea Marathon Swimming Association will launch a new website with all the necessary details for experienced open water swimmers to attempt the challenge and an archive of 31 crossings to date.