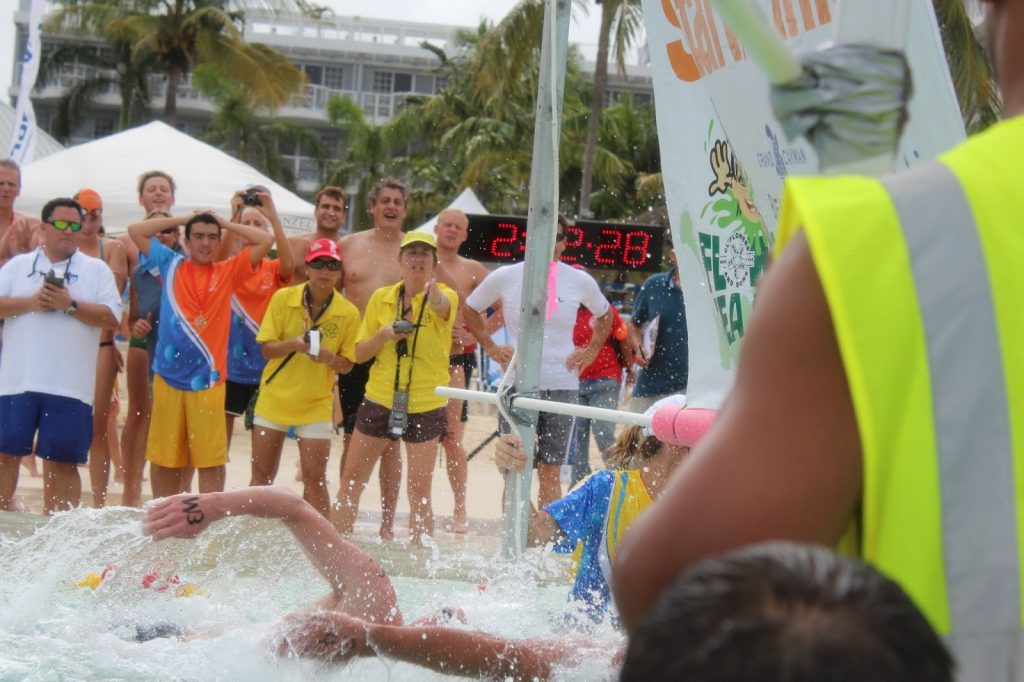 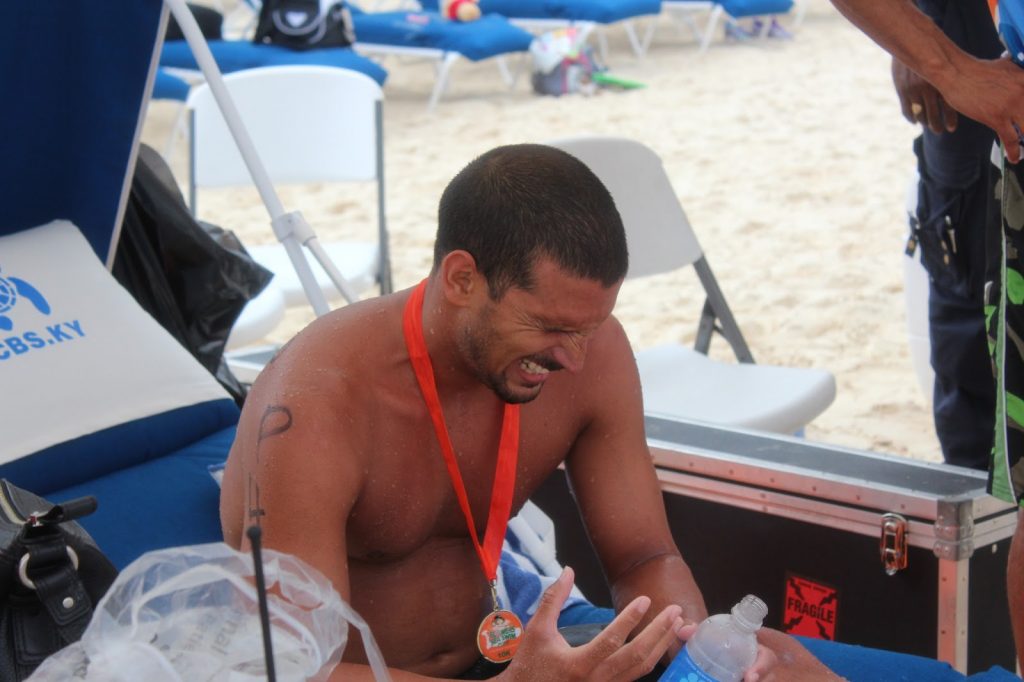 After 10,000 meters, the Flowers International 10 km race came down to the last stroke.

And Joey Pedraza just edged out Team Santa Monica’s Jordan Wilimovsky. But Wilimovsky, under the tutelage of Coach Dave Kelsheimer, tried every tactic in the book. “He kept taking me out of my comfort zone,” recalled Pedraza who is now 2 out of 3 against Wilimovsky in photo finishes over the last few weeks.

“Team Santa Monica was going in and out and cutting me off. They know what they are doing. And then he took me to the sand [seashore] on the last leg. That was smart, because I had never been there.”

Wilimovsky, who had led Pedraza by 25 meters at one point, followed the contours of the shore, lengthening the distance, on the final leg. But Pedraza muscled his way just off the right side of Wilimovsky and put it into high gear. But Wilimovsky faced the challenge and sprinted towards the finish with Pedraza stroke-for-stroke.

Of course, his perspective of the race was similar to Pedraza, “The race was alright. He pushed me into the sand a bit.”

Wilimovsky used the visit to the Cayman Islands and the Flowers Sea Swim 1-miler and 10K as preparation for the upcoming World Championships where he will represented the United States in the 25 km event. “The World Championships should be awesome. This [training and racing] definitely helps me. The conditions are pretty similar to Worlds, so I am looking forward to it.”