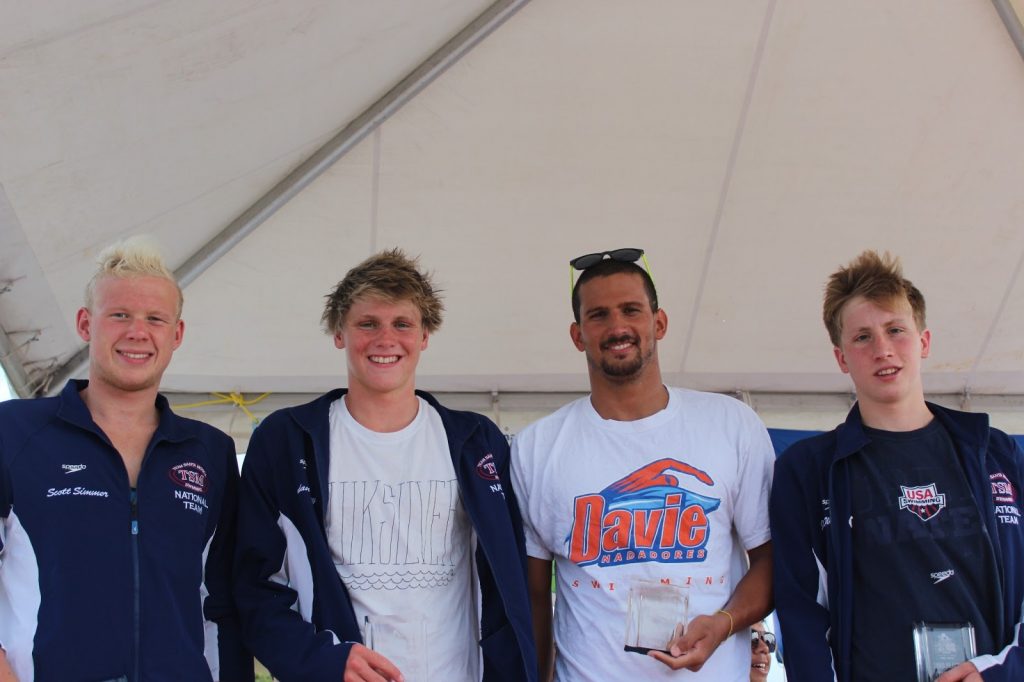 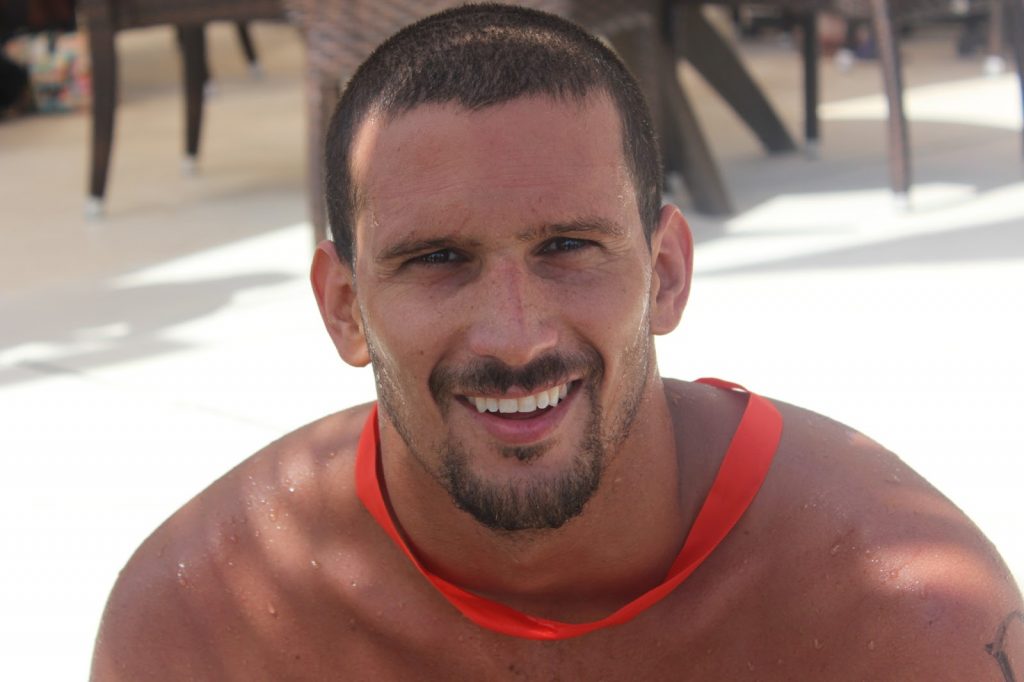 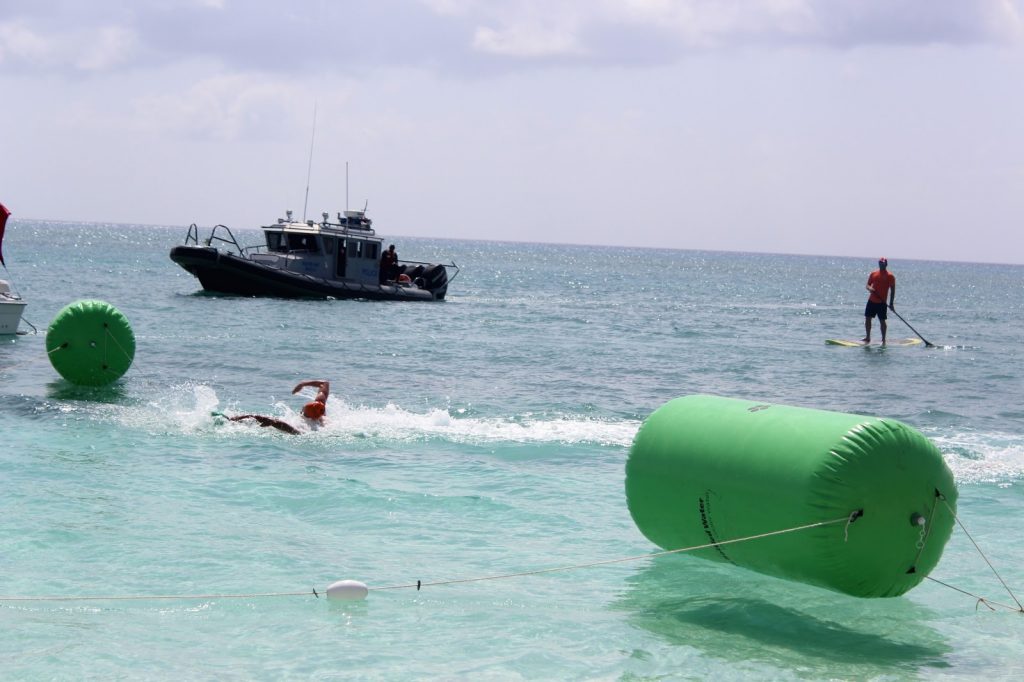 This year was the most competitive race of the 21 years of the Flowers Sea Swim history. With Joey Pedraza trying to avenge his second-place finish in 2012, the Florida resident played his cards right in 2013.

But he ran into a young contingent from Team Santa Monica, led by Jordan Wilimovsky, Brendan Casey, and Scott Simmer.

The quartet shot out right from the start. Wilimovsky took the early lead while veteran Pedraza calmly followed the group of teenagers from Santa Monica, California. Wilimovsky held the lead nearly to the finish until Pedraza pulled along side, even though he had been boxed in earlier.

As the foursome entered the finish chute with less than 50 meters to go, Pedraza veered over to the left ahead of Wilimovsky. “They boxed me in earlier, so I moved into position [maintaining my edge].” As Pedraza angled into Wilimovsky driving him away from the finish line, Wilimovsky tried a last-ditch cross-over move. Wilimovsky smoothly moved over the hips of Pedraza, but Pedraza anticipated his tactic, kept him in his sights, and maintained a one-stroke lead. Into the finish the rivals barreled together, but Pedraza just reached past the finish over the outstretched Wilimovsky in a finish that entertained the crowd.

The final results of the top 4: